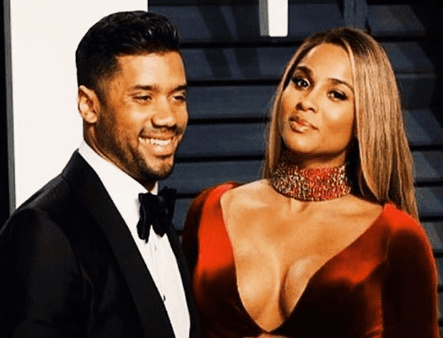 On Saturday, the singer shared a brief video clip featuring herself and her hubby, Russell Wilson, executing a killer workout. In the clip, which is set to Kendrick Lamar’s “DNA,” the duo proved that while they’ve got good DNA, it takes hard work and apparently intense rope training to maintain a sexy, svelte figure.

Last week, Ciara shared a similar post, where she and her main squeeze were joined by 3-year-old Future — Ciara’s son with her ex-fiancé, rapper Future.

“Dear Sienna Princess Wilson. No matter how big the wave, we will always be your calm in the storm. We love you,” the singer wrote alongside a photo of herself lounging by the ocean. “Love, Mommy and Daddy. 7:03 p.m., 7 lbs. 13 oz,” the mother of two wrote via Instagram.

Since then, she’s been on somewhat of a post-baby weight loss journey. In June, the 31-year-old posted a photo of herself standing on a scale, while revealing that she had dropped 20 pounds.

Singing #HappyBirthday To The Most Awesome Boy On Earth! Everyday is a sunny day with you in it! You bring us so much joy! The coolest 3 year old ever!! Mommy loves you soooo much.❤️

Although the pair hasn’t yet given us a full glimpse of their baby girl, they did celebrate Future Jr.’s third birthday in mid-May.

In the meantime, you better work, girl.