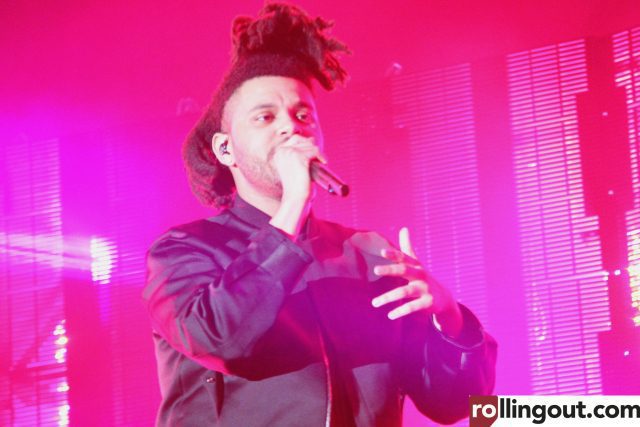 The Weeknd closed this year’s Wireless Festival in London with a bang as fireworks exploded from the stage while he belted out his popular track “The Hills.”

The “Starboy” hitmaker concluded the three-day music extravaganza held at Finsbury Park in North London on the main stage on Sunday, July 9, with hit after hit from his House of Balloons album as the crowd went wild for his incredible voice.

The 27-year-old hunk, whose real name is Abel Makkonen Tesfaya, appeared to be having the time of his life as he bounced around on stage to cheers from his fans.

It’s not known if his girlfriend Selena Gomez — whom he’s been dating since the end of last year — was backstage watching, but there were rumors floating around that she had touched down in the English capital.

Earlier that day, the likes of Bugzy Malone, Tyga, Ty Dolla $ign, Pusha T, Nas and Wizkid took to the main stage to perform their energetic sets under the hot sun.

Things turned adventurous in the early evening when Tory Lanez decided to try something new towards the end of his gig by crowd-surfing to his song “Diego.” The 24-year-old rapper told the crowd, “Ok, we’re going to try something now. I need you all to make a line and I’m going to surf from the front to the back and back again.”

It all seemed to be going well until he was almost dropped and security had to intervene. Despite his bright idea, Tory — real name Daystar Peterson — appeared to be exhausted when his feet finally touched the stage again. He collapsed on the stage and asked his staff if he could have some water. He concluded his 40-minute gig by thanking his fans for having him and telling them he’d be back soon for another show.