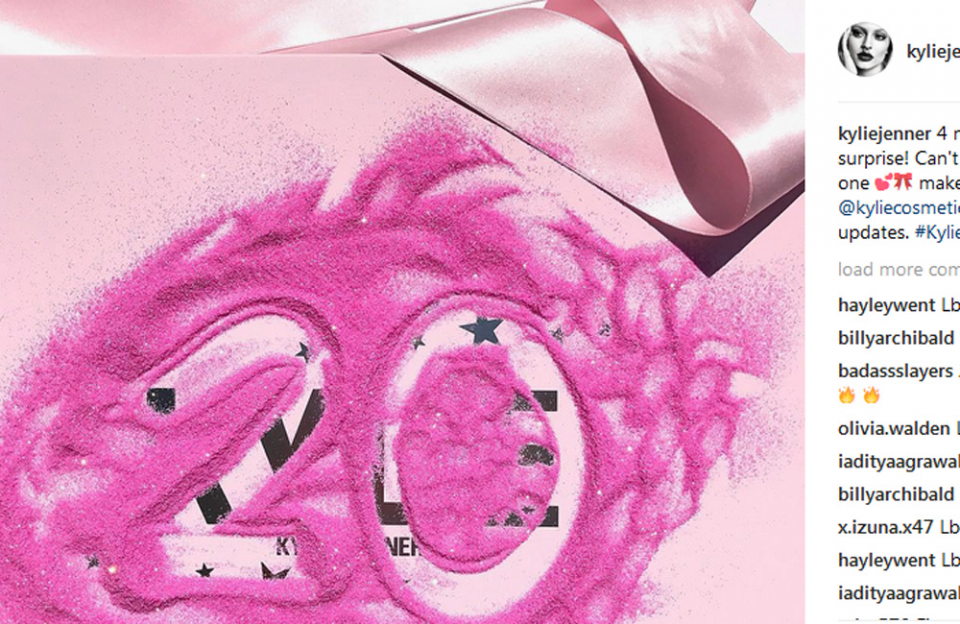 Kylie Jenner has teased that she will launch a new cosmetics line this month to mark her 20th birthday, but she has kept details of the collection close to her chest.

The 19-year-old television personality founded her beauty empire Kylie Cosmetics in January last year, and the “Keeping Up With the Kardashians” star used social media to announce that in four days she will be unveiling her latest project to celebrate her milestone on Aug.10.

The raven-haired star announced the news with a picture of a pink package, covered in pink glitter to conceal the details of the branding on the box on her personal Instagram account, as well as the Kylie Cosmetics page.

The teen entrepreneur captioned her post: “4 more days till the REVEAL … surprise! Can’t wait for you guys to see this one make sure you’re following @kyliecosmetics Instagram for all the updates. #KylieTurns20.”

While the upload on the company account read: “SURPRISE 4 days till the reveal … #KylieTurns20 #Countdown.”

Jenner has undoubtedly had a busy few weeks as she has been working on her upcoming makeup collection, she has recently launched her own range of sunglasses with Quay Australia, a new Kendall + Kylie swimwear line for Revolve, and fronts the campaign for Balmain Beats headphones.

But that is not all, as the reality star has recently wrapped up filming her spin-off show “Life of Kylie,” and is currently editing the footage.

And the youngest of the Kardashian-Jenner brood thinks her E! program, which will air on Aug. 6, will be “much more intimate” than the family show because she has opened up about herself more.