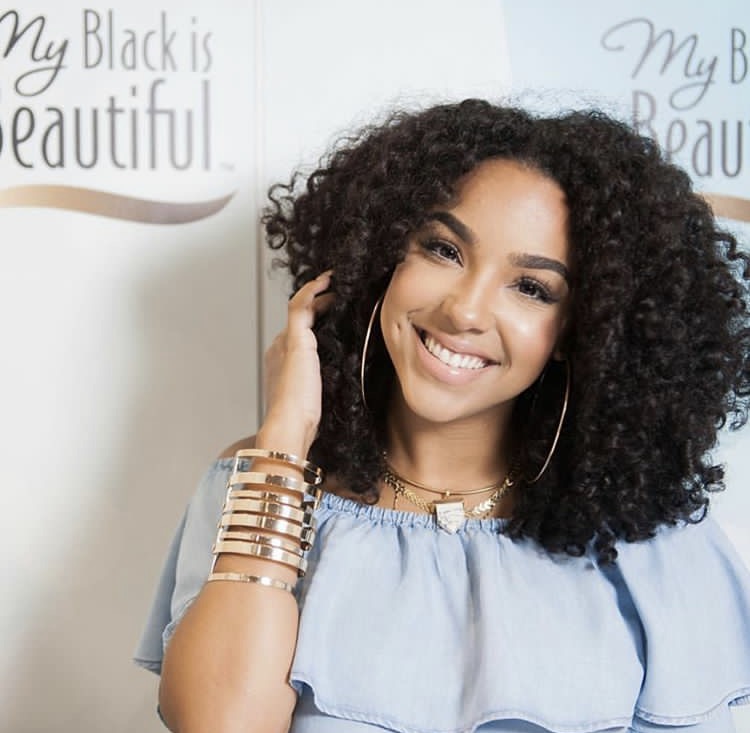 YouTube star and beauty and media personality Jade Kendle is sassy, relatable, authentic, and not new to social media notoriety. Often imitated and impersonated by fake profiles in the early Myspace days, Kendle realized she had a following without even trying. Determined to make her platform useful, she decided to start her youtube channel to connect with other women who may have had similar struggles as herself. From there, she began to build her empire by remaining down to earth and honest with her audience. Though she has gained much success with her personal brand with deals with Covergirl, Colgate Optic White, NARS, Shea Moisture, and more, Kendle remains adamant that she is just a normal woman who worked hard to get where she is today.

For me, it was a gradual and natural evolution. I started on YouTube back in 2011. Back then, people were not making money like that. It wasn’t seen as a business. It was just a community of people with like-minded interests, posting their lives and different things that they were doing. I fell into that category of somebody that came from other social media platforms, at that time. I had a little bit of notoriety from Myspace because a lot of people used to make fake accounts of me and my twin sister. So that was kind of a big thing back in ’05, ‘06, ’07. When I got my YouTube, I already has a small following, nothing more that a couple thousand, at first. Beyond that, I just created videos because I figured there were other girls who could relate to me and were going through the same thing, hair wise. Throughout college I would sporadically post videos. It wasn’t until I was out of college and done with my undergrad, during my year break before grad school, where I started to see my platform as a business. So In 2014, I [began] to make that conscious effort to start pushing myself and start working with brands. Since then, I would officially say I began the business aspect of [my brand], LipstickNCurls. From there, I went on an event tour, which catapulted me into the beauty guru arena.

My personal brand would be just a girl who supports other girls, who wants to see other women win, and who wants to be a role model for young girls and older women alike. I just want to be a great representation of my family and myself. Showing that you can be beautiful popping, but also intelligent, caring, compassionate, and in-tune with what’s going on in the world. I cater to the woman who is like me. Who is a millennial, outspoken, driven and passionate in whatever they are doing in life.

What distinguishes you from other beauty influencers? What is unique to the experience that you create?

I believe my background in education puts me a far different market than a lot of my other beauty blogger peers because I bring a level of experience from being in an undergrad and graduate program. I’ve also lived all over the world. I grew up as a military brat. I bring in a lot of different life experiences into what I do. I also bring in that level of integrity. A lot of beauty bloggers are really trendy and they move with the wave of whatever is trendy at the time. Yes, I do subscribe to some aspects of trends, but I always keep a high level of integrity. I’m always classy, keep things positive and I’m not one to clap back online. 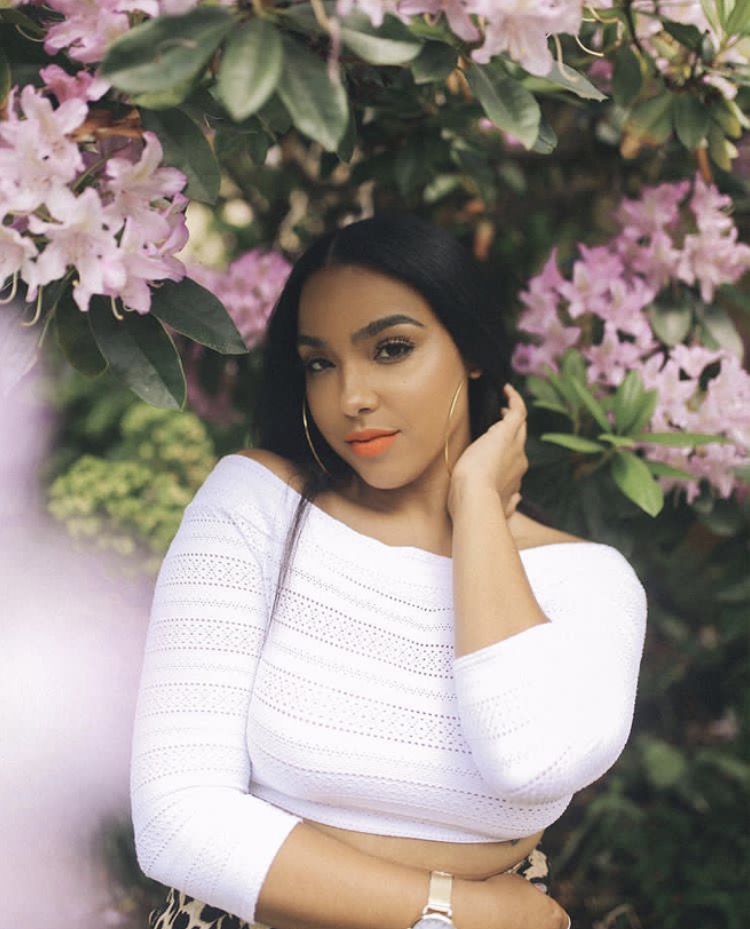 Why did you decide to further your education and complete a master’s program?

The reason why I originally went into my master’s program is because I had that career path in mind. I went to undergrad and got a degree in development and human studies. I’ve always been intrigued by humans habits and why we do what we do. So I entered my master’s program because I wanted to understand why college (my undergrad) was such an eye-opening experience. I had such a life-changing experience in college and truly found myself and I wanted to understand why that was what it was. I also wanted to be a catalyst to other students on that path and in their transformation from the person they were before college into the person that they are after college. Honestly, that’s why I do what I do now. Why is hair so transformative for me? Why is beauty so impactful? It’s because of deeper reasons of self-confidence and love, and understanding the world around me.

How has technology revolutionized your brand? How do you utilize it?

Technology has created my brand. … I was at a curly hair event last year, with tons of other famous hair bloggers, and I [realized] that technology has connected all of us, even though some of us live across the country and even across the world. Technology has given [me] the ability to create a coalition of like-minded women. 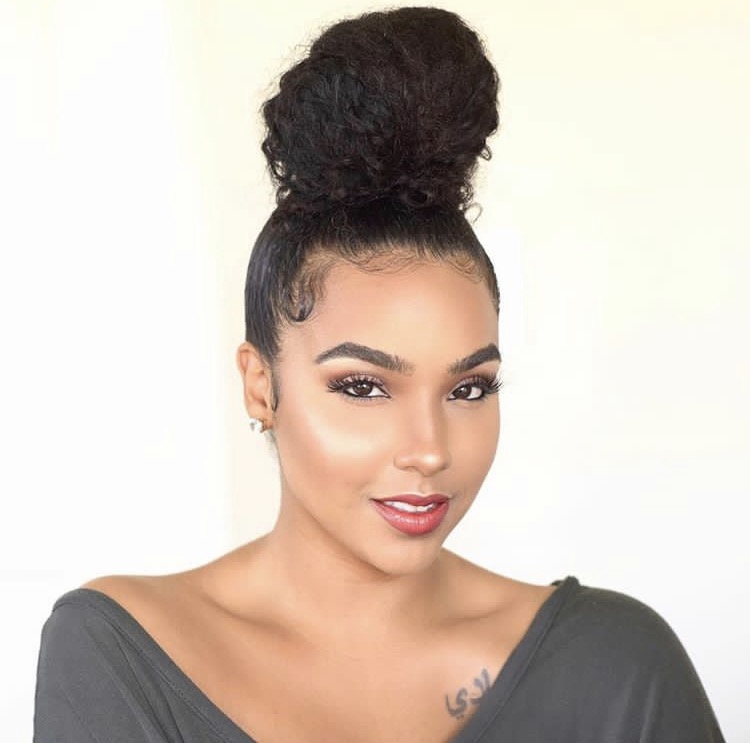 In my industry, definitely Jackie Aina. I love her so much! I think she is a great example of a woman of color in this space who is really charting her own path and creating her own rules.

Outside of my industry, I look up to Tracee Ellis Ross. I love her comedic relief she brings to the roles that she plays, the type of woman that she is, and [the] unapologetic aspect that she has. I would lose my mind if I met her in person.

And, of course, Beyoncé is my overall inspiration. [She] and Solange are just overarching woman and life goals. 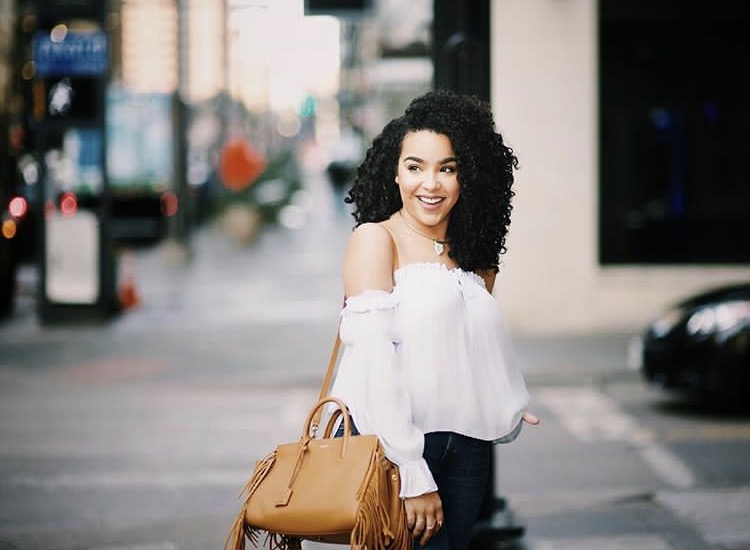 Let’s get personal with Jade

Something most people don’t know

Jade played violin for nine years. From the age of 9-17, she really wanted to go to school for music.

Her family, sister, boyfriend, and successful millennials working to make a change in the world.

What’s on her playlist