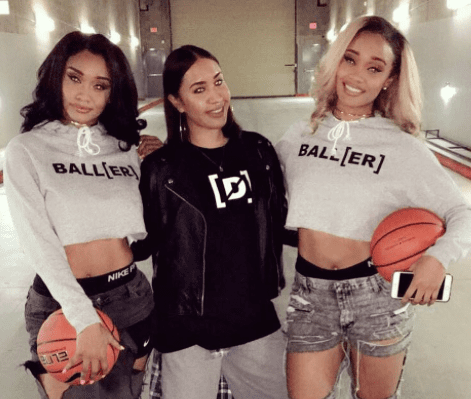 Master P’s Global Mixed Gender Basketball is catching the attention of professional athletes around the world. WNBA Players are excited to have equal pay, not only will they have men and women competing with and against each other, they will be paid equally. While there continues to be an astronomical difference between the multi-million dollar contracts given to NBA players and the average working class salaries of the WNBA, GMGB will put equal talent between men and women on a level playing field.

NBA baller Aaron Gordon recently shared his thoughts on who he would draft for his team. “It’s a cool league for the summer, it’s like Ice Cube’s BIG3, but 5-on-5.” Gordon said during an interview with TMZ. “If I had to choose female teammates it
would be the Gonzalez twins Dylan and Dakota the ex-superstars of UNLV women’s basketball. Also, Daniel Robinson and my brother Drew Gordon.”

Master P was recently named President of the Global Mixed Gender Basketball (GMGB) Professional League.  announces the league CEO James Scott. “I am happy to have accepted this position,” Master P said. “People who have followed my career are aware of my love for the game and my competitive spirit in my various business endeavors. I share the same passion with this opportunity.”

Master P will hold a press conference in Atlanta to announce the league on Aug. 17.