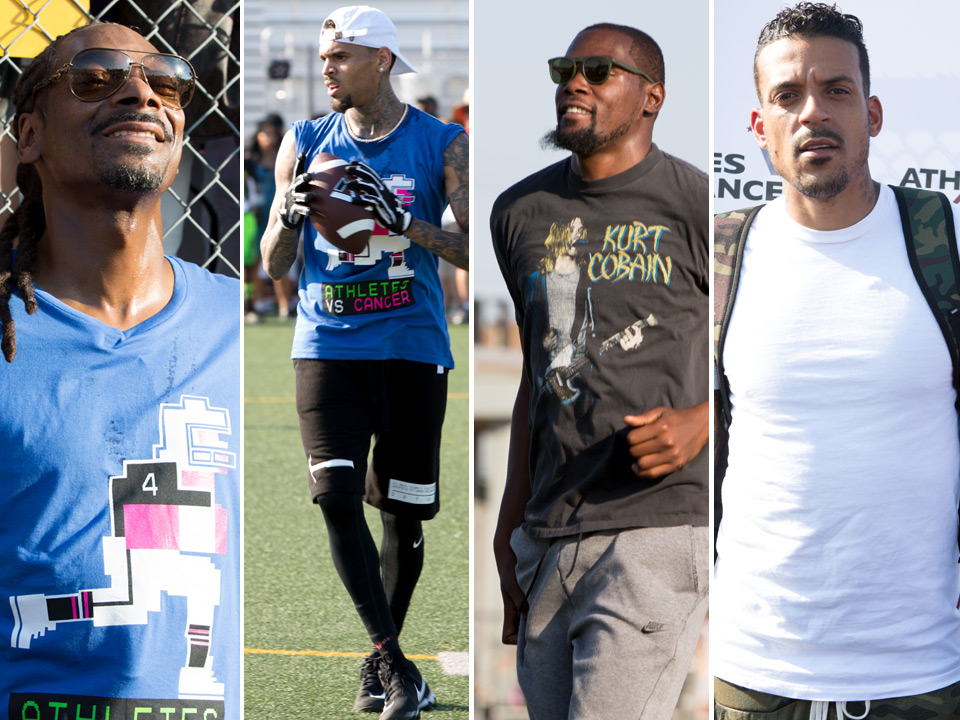 Four years ago, Barnes put together a celebrity team to take on rapper Snoop Dogg’s all-star squad in a flag-football game titled Athletes vs. Cancer. Snoop Dogg’s squad won the first three years and met Barnes at Burroughs High’s Memorial Field for the fourth game. Before the festivities, Green and McGee joined Barnes at the home of social media mogul and millionaire Tai Lopez for a pool party with some beautiful women, James Harden, Reggie Bush and others.

Thanks to former NFL quarterback Jeff Garcia switching from Snoop Dogg’s team to Barnes’ in the fourth quarter and suspicious officiating, Barnes’ team pulled off a come-from-behind 43-42 win.

Athletes vs. Cancer was founded by Barnes in honor of his mother, Ann Catherine Barnes, who died of cancer in November of 2007. The nonprofit organization has provided support for individuals and families who have been affected by cancer by offering financial grants to pay for medical bills, treatments and medication. Barnes plans to award academic scholarships to high schoolers who have lost a parent to cancer.

“We’re here to support Matt,” said Warriors All-Star Draymond Green, “That’s our guy. That’s our brother.” A number of other high-profile stars played on both sides to support Barnes and his cause, including Aaron Gordon, DeMar De Rozan, Jordan Clarkson, Zach Randolph, Chris Paul, Willie Cauley-Stein, DeAndre Jordan, JaVale McGee, Chris Brown and The Game. Matt finally got the win he had been waiting years to get.

For additional information on how you can support, or to donate to Athletes vs. Cancer, visit www.athletesvscancer.com.