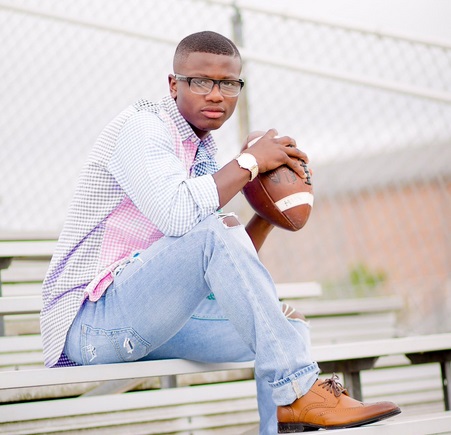 Hundreds gathered at Midwestern State University on Monday night to support a football player that was fighting for his life. Sophomore cornerback Robert Grays was severely fighting for his life in the hospital because he suffered a neck injury after making a tackle on Saturday in the final minutes of a game. Grays died in the hospital on Tuesday.

“I want people to know that Rob is probably one of the strongest people on our team,” graduate assistant and defensive backs coach Thomas said at Monday night’s event, according to The Wichitan. “Rob is all heart, and he is one of our players we lean on in tough times, so I feel like it’s our duty to honor Rob in that same fashion, so we just got to be his rock while he is fighting his tail-end off.”

The interim athletic director Kyle Williams said there was nothing unusual about the play Grays injured himself on.

“He’s made this tackle hundreds of times, but it was just one of those situations that landed wrong,” Williams said in The Wichitan. “It was traumatic for all of us, particularly the football players. As a campus, we are thinking about him every day.”

Local sports reporter Donnie Palmer II is one of the few sources that has a photo from the scene after the injury.

Prayers for @MWSUFootball Robert Grays who was injured and taken off in ambulance 🙏 pic.twitter.com/cirnFYnIBW

Grays’ friends, fellow students, and teammates all shared their favorite memories they had with him, describing him as a happy, energetic, and goofy individual that always kept a smile on his face. His family released this statement confirming his death:

Sent nothing, but love and pray to his family and friend. #24STRONG Message from Robert Grays family: pic.twitter.com/3KuDuMRjgZ

Midwestern State University is located in Wichita Falls, Texas, which is about two hours outside of Dallas.