The beauty of a Southern California sunset can be mesmerizing. Especially when you’re riding shotgun in a Rolls-Royce Phantom while entering one of the most exclusive neighborhoods on the West Coast. This was the scene as Master P drove my production crew and me to his home in Calabasas for our interview and photo shoot. It’s an enclave where the Hollywood elite can freely frolic inside gated communities with colossal mansions.

While Master P resides in the same neighborhood as the Kardashians and other stars, he never allowed himself to lose perspective and become blinded by the bright lights of Hollywood. At heart, he’s still that kid from the Calliope projects in New Orleans who used his mind to hustle his way out of poverty and expertise to become one of the best businessmen to ever make moves in hip-hop. For Master P, educating himself and delving into entrepreneurship proved to be the liberating choices that changed his life forever.

Master P’s latest venture is serving as owner of the New Orleans Gators of the Global Mixed Gender Basketball League that will feature players such as Metta World Peace, Stromile Swift, Glen “Big Baby” Davis, and Angel McCoughtry. On Sept. 23 in Las Vegas, Master P’s Gators will face off against a team owned by Tameka “Tiny” Harris, the Atlanta Heirs. Lisa Leslie will coach the Gators and Dominque Wilkins will coach the Heirs.

“When I was first introduced to the league, I said to myself, ‘This is going to be big. Let me put my bid in,’ ” Master P recalled. “I got approved by the league and I’m the official owner of the New Orleans Gators. You’ll get a chance to see this up close and personal. It’s going to be some of the biggest talents in the world that’s playing in this. It’s also about giving back and loving our community to where we give back. The players, the coaches, and the owners have to be about the community and about taking over their community. GMGB Helps is about giving back to the community and bringing the community together, bridging those gaps.”

When it comes to bridging gaps, Master P has been willing in the past to mentor young artists and athletes who get their first taste of financial success. But because rap thrives off newness, most rap artists will struggle to remain relevant after three or four albums. Following their prime years as emcees, artists can find themselves in debt after the records stop selling and they realize that they’re in a bad deal.

“A lot of entertainers are not educated to the business and get robbed,” Master P said. “And with everything that I know, I can help these young cats and show them how to maintain what you have and hang onto it. A lot of them get caught up because they don’t see these lawyers and financial advisers take their money off the top. So if you never looked at or [have] seen the books, then you won’t know what you’re paying them. My thing for the next generation is I’m here for you if you keep it, one hundred. I know a lot of athletes that lost millions of dollars, but they’d rather go get into it with their friends over $50 or $20K. They’ll be ready to hurt their friends when their lawyers have [taken] millions. Why wouldn’t you want to have an expert like me that can sell hundreds of millions of records? Are you serious about your business, or do you just want to be a rapper for the rest of your life? I’m still around it because I’m doing other things. A lot of people don’t realize that a music career doesn’t last that long, especially if you are a rapper.”

Master P came into rap at a time when most young artists dreamed of getting discovered by an A&R and signing a major record deal. Def Jam, Interscope, Columbia, Universal, and Atlantic Records were the primary labels that promoted and distributed rap during the 1990s. But Master P was never enamored by the major labels and their advances, which often was only fool’s gold. In fact, with only $500 in his pocket, Master P turned down a $1M offer from Jimmy Iovine to sign with Interscope Records.

“I went to see [Jimmy Iovine] and my brother [Corey Miller] was with me,” Master P recalled. “My brother was like, ‘Man, take that million dollars. We [are] going to be rich and take over the projects.’ So I’m sitting in [Jimmy’s office] and checks are ready to be signed. But I decided to read the paperwork. In my mind, I realized it was like the Michael Jordan deal. Michael Jordan got $1M from Nike. But he would have been a billionaire because they initially only gave him like 3 or 5 percent. So, I was like, ‘I can’t do this deal because I won’t own my name anymore.’ I said, ‘Mr. Iovine, I’m going to get some lunch and I’ll be back.’ So, he was like, ‘If you don’t come back, you’ll never get another deal in this town.’ I left and got on a plane. My brother was mad the entire flight. He was like, ‘Why would you not take the $1M, knowing that we don’t have any money?’ I told him, ‘If that man offered me $1M, how much you think I’m worth?’ ” 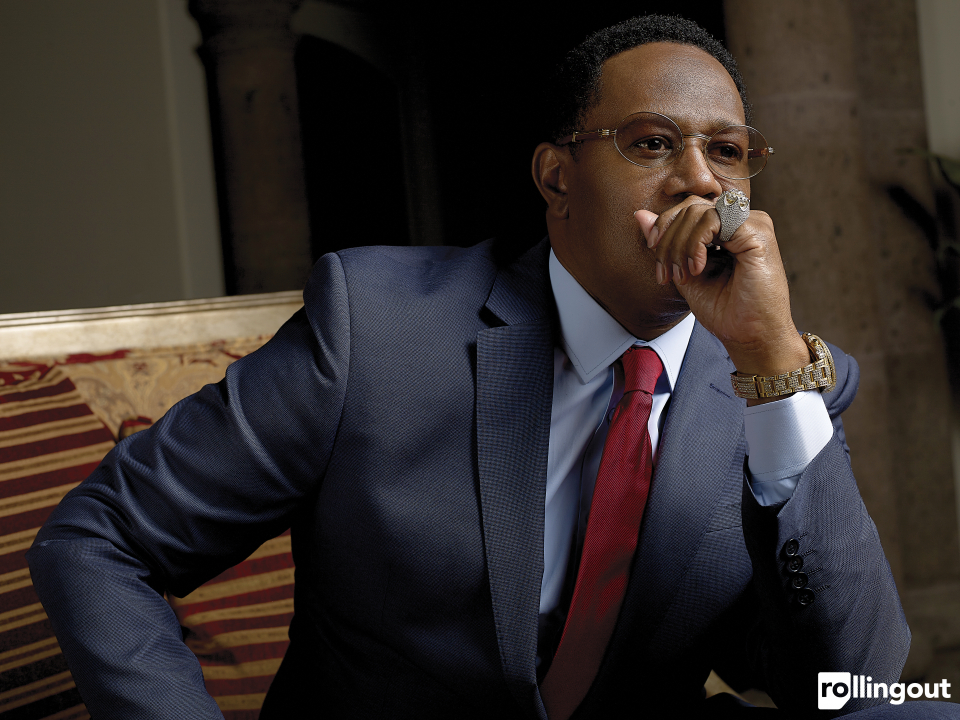 So instead of taking the first deal that could make him rich, Master P took a moment to study the music business and found a way to use the industry to accumulate wealth.

“I spent $25K on Michael Jackson’s lawyer just to talk to him,” Master P said. “I invested in myself. He told me that Michael Jackson was getting 22 percent off each record sold and that was the highest deal ever. He said that the only other deal that you can get that’s bigger than Michael Jackson’s is an 85/15 deal. That’s where you would get 85 percent and the record company will get 15 percent. But the only way you can get that deal is you need $200K for marketing purposes. I said, ‘Man, I’ve paid you $25K just for you to tell me that I need $200K more?’ But I went and started selling my CDs out of the trunk of my car, just like the Avon lady in my ‘hood. I watched her. And after I got that money, I went to Priority Records and got a distribution deal for my label. I ended up selling millions of records and getting 85 percent off each record. That’s how I went from the projects to Forbes. Because sometimes you have to invest in yourself.”

The distribution deal Master P received was such an anomaly that all the major record label heads reportedly came together to ensure that a similar deal would never be offered to a new artist. Today, artists are often forced to sign 360 deals where the label gets a cut from merchandising, touring, and film appearances along with record sales. 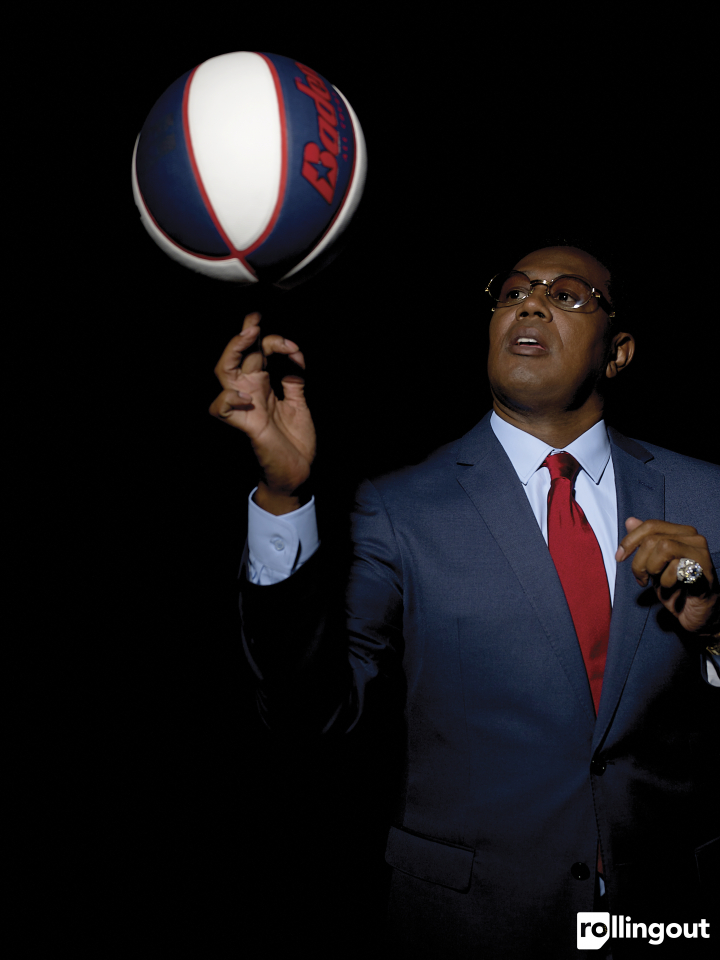 “I never saw that deal happen again,” Master P revealed. “If you think about it, by the time a new artist comes out, they already have a hot record. So why would you sign a deal when you know the only reason they’re signing you is because they know you got a hit. So they’ll give you $75K or maybe even $200K. But how much money do you think they’re going to make off of you? And it’s not just selling in America; our music is hot in China, Japan, Europe, and all over the world. So you’re missing out on all of that money just selling out for the $100K they’re offering you. That’s why a lot of these music companies don’t want us to see the contracts. They place you with a lawyer to do all of your business for you. But you can do that. I’ve always thought that it doesn’t matter if you’re from the ghetto or if you have a college education, you need to get a good team. Everybody wants to be the king or the boss, but everyone who makes it is not self-made. They have a great team.”

Master P understands the value of mastering every game he plays and perfecting his team. That’s why he’s sure he’ll find success as team owner of a franchise in the GMGB League and beyond. At some point, he’ll likely return to the NBA as a coach, GM, or owner. For Master P, the concept of limitation has never been his reality.

“You have to be able to outthink the system, but it still took me a lot of work,” he said. “Don’t think that I just got that deal and the money just came in. I had to get out there. I put up posters everywhere. I invested in myself. I did the things that I needed to do to build my fan base. And I built a large fan base that bought my records. I give praise to the man up above because without him, I would not be here. So I had to turn my life around too. Because at the same time I had to turn into a businessman. I couldn’t just be a street guy. And a lot of guys want to be in business, but they don’t know how to make those transformations. They still want to be in the streets. I gave it all up. I asked God to give me a second chance so that I can do something right with my life. That’s what it’s about. That’s why I’m about helping the kids. Because God spared my life.” 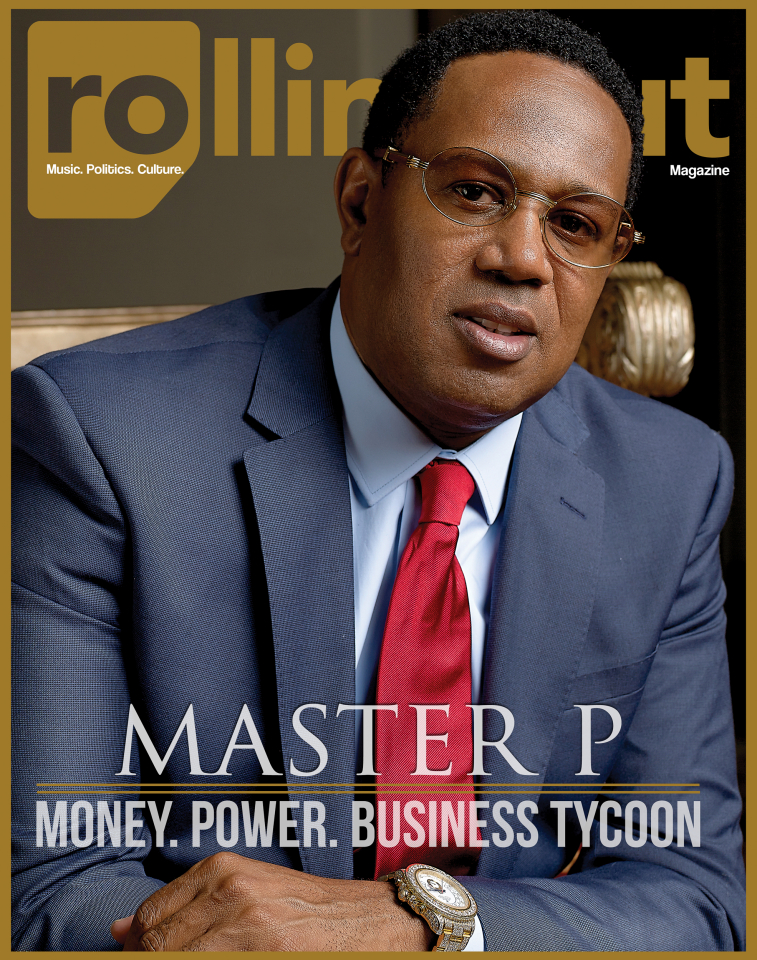