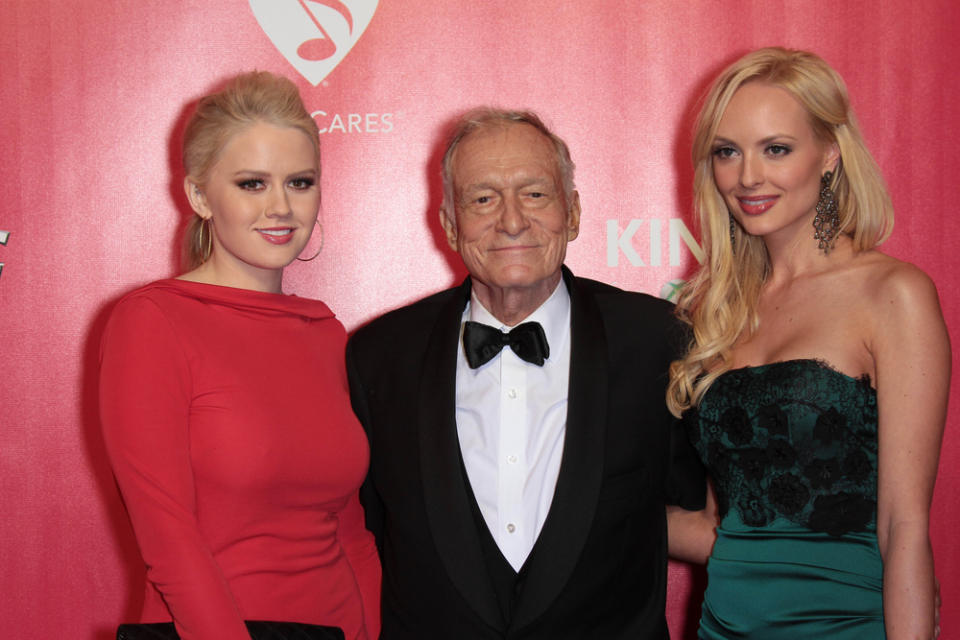 Hugh Hefner, 91, passed away died Sept. 27, 2017, at the Playboy Mansion in Beverly Hills, California. He was surrounded by family.

According to his death certificate, he died from heart failure after contracting an aggressive strain of drug-resistant e-coli, specifically, his causes of death as cardiac arrest, respiratory failure, septicemia and e-coli.

He married his third wife Crystal Harris in 2012.

The father of four was buried on Saturday, Sept. 30 in an intimate ceremony, which was attended only by family. He was buried next to Marilyn Monroe at Los Angeles’ Westwood Village Park.

Monroe graced the cover of the very first edition of Playboy, which Hefner published in 1953. He paid $75K for the crypt next to Monroe.

Reportedly, Hefner was unable to walk unassisted and was crippled at least two years prior to his death, cause unrevealed. One of his final outings was reportedly in May 2016.