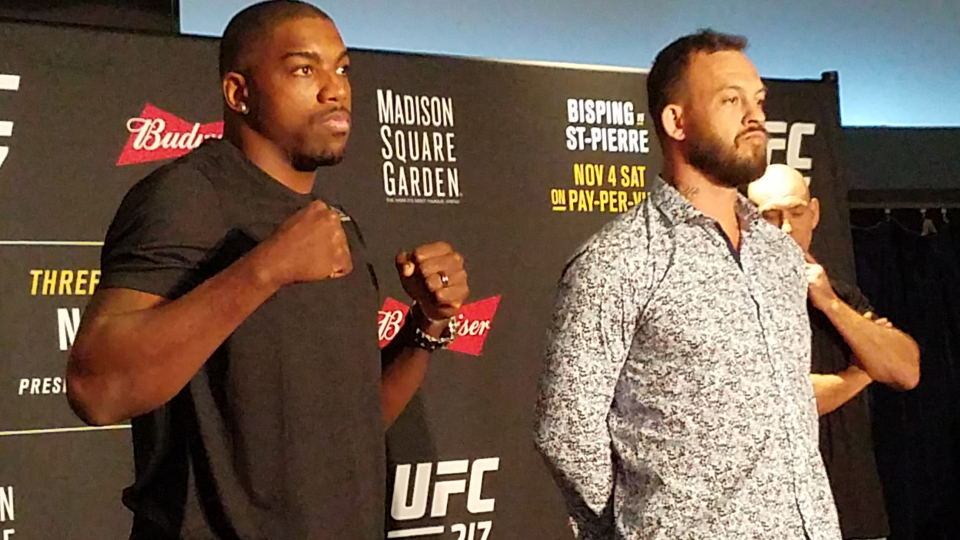 Mixed martial arts (MMA) has become one of the top Pay-Per-View attractions, with Ultimate Fighting Championship (UFC) at the forefront. Who can forget Floyd Mayweather returning to boxing to take on UFC champion Conor McGregor? But what makes someone become an MMA fighter? Rolling out spoke exclusively with three fighters before they get in the octagon on Saturday at UFC 217 at Madison Square Garden in New York City.

Walt Harris, you will be walking out to Madison Square Garden Saturday night, but it probably isn’t how you originally planned it. Tell us about your hoop dreams.
Walt Harris: My dream actually was to play in the NBA and walk out on that parquet as a ballplayer with a uniform on. I played college basketball; I played basketball my whole life. I chased that dream until that dream fizzled out and put my focus on something else. And now I’m here in Madison Square Garden in the UFC.

The transition from basketball to MMA is not traditional, has it been difficult?
WH: It was seamless, honestly. A lot of the footwork from basketball is very similar to fighting, the pivots, the in and out, the lateral movement, so I think it was kind of an easy transition for me.

What motivated you to start fighting in MMA?
Randy Brown: I don’t know, man. I was an angry kid, I guess. [laughing] It was something I always had a passion for, whether it was fighting, boxing, or now, I’m over in mixed martial arts. Since I was 15 years old, I’ve always been in some type of combat.

What inspired you to make the transition from football to MMA?
Ovince Saint Preux: I just wanted to stay in shape. [laughing] You get a lot of football guys, you typically find them a year later, they put on a lot of weight. You’re not training the same like you used to because you don’t want to push yourself to that. I just wanted to stay in shape, and staying in shape led to my first victory.

Heavyweight Walt Harris, aka “The Big Ticket,” takes on Mark Godbeer; “Rudeboy” Randy Brown battles Mickey Gall, and Ovince Saint Preux steps into the octagon to face Corey Anderson. You can catch these three fights on Fox Sports 1 ahead of the UFC 217 Pay-Per-View tomorrow.