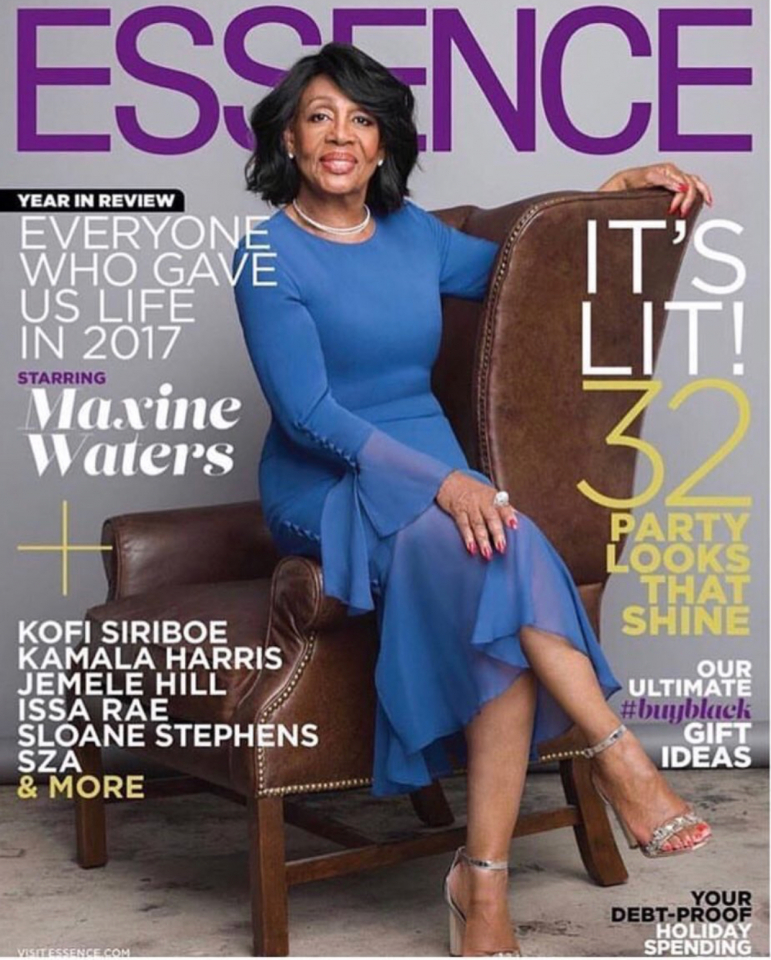 California congresswoman Maxine Waters is a politics and pop culture zeitgeist. She’s a force to be reckoned with on Capitol Hill. This past July, Auntie Maxine made it perfectly clear that she is not wasting time. Culture is politics; there’s no separating the two. She declared, “reclaiming my time,” during a House Financial Services Committee meeting when Treasury Secretary Steve Mnuchin avoided one of her questions. The rallying cry became the theme for the Women’s March Convention in Detroit last month.

During this past Sunday’s Glamour’s 2017 Women of The Year Awards at Kings Theatre in Brooklyn, New York, Waters was bestowed a Lifetime Achievement Award and delivered a powerful speech. As she closed, she declared during a standing ovation, “Impeach him. Impeach 45! Impeach 45!” She’s been advocating for this move against President Donald Trump since day one.

Now, she’s the Essence magazine cover girl for the just-released December 2017/January 2018 issue. Waters tells the reporter, “One of the things I discovered a long time ago was that I make people uncomfortable and that my advocacy goes beyond what politicians normally do. I have a strong sense of what’s fair and what’s not fair, and for vulnerable people who are being taken advantage of, or who are being bullied or intimidated, I tend to want to be protective or to fight for them.

What’s most important for her is, “I want to be remembered as a courageous fighter.”