Chris Webby, an independent hip-hop recording artist, let go of his party rapper image to shed light on who he has always been: an accomplished businessman and lyricist.

Rolling out found out more about all the success he’s gained, and Webby’s highly-anticipated album Wednesday.

Wednesday reflects Webby’s true sound and flow. The project is a compilation of music Webby released this year and new unreleased tracks. Webby relied heavily on his fanbase to create the tracklist, using their feedback to determine the direction of the project. It is safe to say Chris Webby’s supporters have become the official A&R’s for the new project.

“The [album] response has been crazy,” Webby stated when asked about the reception of his new album. “I don’t think I’ve ever seen my social networks get this much interaction before. The reviews from my fans have been amazing. The general consensus seems to be that this is my best project yet.”

Though Chris Webby once had a stigma of only rapping about women, parties, and drugs, he has become more politically active and socially responsible, recently joining forces with the non-profit “1% for the planet” to dedicate a piece of his yearly earnings to environmental causes. Webby has also used his platform to call out flaws of modern society, from the rise of mumble rappers to the morally corrupt politicians who run the country.

As the lyricist changed so did his surroundings in 2016 when he split from his management of almost 5 years, starting 2017 with a new team. The abrupt change left him in a bit of artistic disarray and depression as he wondered whether his nearly ten years invested in the industry were for nothing. Webby confirmed he felt completely lost but remembered he had the support of his fans, and his ability to make great music.

Chris pushed through the challenges of the change in management, and in March 2017 he launched his #WebbyWednesday series. Each Wednesday he released a new song or video. This year alone, Chris Webby has released twenty-five songs and ten videos which birthed the release of his second album Wednesday. On the new album, Webby demonstrates his diverse style paired with witty east coast punchlines and melodic reggae influences.

#WebbyWednesday songs have garnered over 30M streams within the past ten months and continue to surge. His monthly listeners have increased to over 600K on Spotify, and his average daily streams have risen from 52K to over 100K.

“What you’ll hear on Wednesday is only the beginning of Webby 2.0,” he says in a letter to his fans, also noting “I finally feel like I’m becoming the musician, businessman, and human being I was always meant to be. Thank you all for accompanying me on this bumpy ride. I honestly couldn’t have done it without you. And trust me, the best is still yet to come.”

As the new year approaches, Webby has begun his strategic planning as it pertains to his artistry. “I plan on altering my roll out quite a bit going into the new year, but still keeping an extremely consistent amount of content flooding the internet throughout the entire year. I can’t speak on exactly how as of yet though, that’s still a secret. My fans can count on another year jammed full of content, that much is certain,” Webby informed us.

Wednesday is out now! Be sure to connect with Chris Webby on Instagram @realchriswebby to hear the full project. 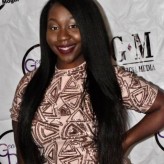