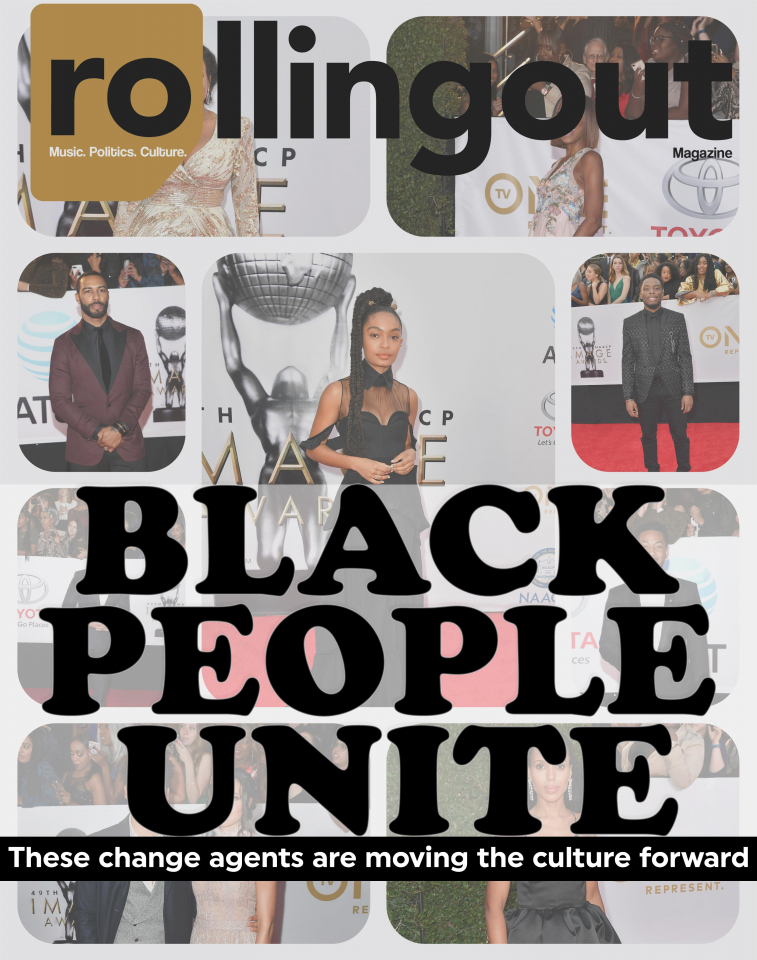 A little more than a half-century ago, the National Association for the Advancement of Colored People, the NAACP, held its first NAACP Image Awards in 1967, and every year since (sans 1973 and 1995) organizers have “celebrated the accomplishments of people of color in the fields of television, music, literature and film, and also honors individuals or groups who promote social justice through creative endeavors.”

At this year’s event, the 49th NAACP Image Awards’ honorable stripes as the premier multicultural awards show were illuminated. It attracted Hollywood’s finest actors including Halle Berry (41st NAACP Image Awards co-host; 2011 winner for Outstanding Actress in a Motion Picture); Laurence Fishburne (1995 winner for Outstanding Supporting Actor in a Motion Picture); and Wrinkle in Time director Ava DuVernay among a plethora of stars to grace the red carpet at the Pasadena Civic Auditorium. The event was symbolic as it was held on Martin Luther King Jr. Day, which this year actually fell on the slain civil right’s leader actual birthday. Here we stand 55 years since Dr. King declared, “I have a dream” and 50 years since his assassination.

We declare that 2018 is a year for dreams to be realized. We have been silent for too many years. And, thanks to the disruption heartened by the #MeToo movement, diversity, inclusion and equity — code words for civil rights — in Hollywood are tangible. This 2018 awards season has provided just the right platform and we are using our voices to in effect calibrate the moral compass of Hollywood executives and elite and politicians alike. We’ve been flooding the radio, TV and social media airwaves with the message that we are not waiting for a handout to be given to us. The approach is simple. Black people have united. White people have joined us. And, we’ve dressed up in couture for the party.

Heedless acts will no longer be tolerated by those in power, who have a vested interest in maintaining the status quo. And the best thing about this new charge and direction is we’re enthusiastic about it.

One of the most visible unions is the one formed by Oprah Winfrey and Ava DuVernay who are winning in Hollywood. In their most recent acceptance speeches, they’ve offered insight that’s transformational and goes down in history.

Here’s their stance on systemic racism and sexism, the common thread that has deprived the shamed and voiceless of diversity, equity and inclusion:

“I’ve said it before and I’ll say it again: We don’t have time to work on these dark behaviors, these ‘isms’ one by one … we should be outraged by all of it, all of the time. Until we are all safe, no one is safe.”

“In 1944, Recy Taylor was a young wife and a mother. She was just walking home from a church service she’d attended in Abbeville, Alabama, when she was abducted by six armed White men, raped, and left blindfolded by the side of the road, coming home from church. They threatened to kill her if she ever told anyone, but her story was reported to the NAACP, where a young worker by the name of Rosa Parks became the lead investigator on her case and together they sought justice. But justice wasn’t an option in the era of Jim Crow. The men who tried to destroy her were never persecuted. Recy Taylor died 10 days ago, just shy of her 98th birthday. She lived, as we all have lived, too many years in a culture broken by brutally powerful men. And for too long, women have not been heard or believed if they dared to speak their truth to the power of those men. But their time is up. Their time is up. Their time is up.”

–Oprah Winfrey, winner of the Cecil B. DeMille Award at the 75th Golden Globe Awards