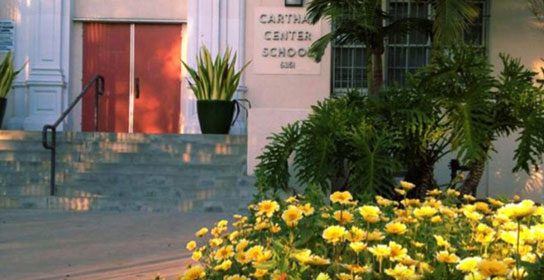 Many people can remember that special teacher in elementary school that impacted their life while they were young. Perhaps that teacher gave a kind word, pushed them to try harder or as in the case of kids at Carthay Center Elementary School, got butt naked and chased them around the playground.

The incident happened this week at a Los Angeles school, and parents are outraged and students traumatized. According to CBS2, a physical education teacher was instructing second- and fifth-grade students and just started to strip naked in front of the children. The kids stood shocked for a moment until their gym teacher, genitals exposed and swinging, started running toward them and they scattered in different directions. Survival instinct took hold of the kids as they ducked and dived from the teacher’s grasp and made it to safety inside the school. Part of the incident was captured on cellphone video by a passing construction worker.

Police were called to the school and the unidentified teacher was removed from campus. A robocall was initiated to alert parents by the Los Angeles Unified School District (LAUSD) and a letter sent home with students. The letter stated in part: “An individual began behaving in an unusual way, prompting us to contact law enforcement. As a safety precaution, our school went on a brief lock-down while officers responded and took the individual into custody.”

The LAUSD has declined to make further comment about the incident but did state that the teacher was a contract employee and approved to be on campus. School police are investigating the teacher and mental health counselors have been made available to students. Carthay Center Elementary School is a magnet school and parents were understandably shocked. According to the school’s website: “Carthay School of Environmental Studies Magnet combines the sciences and the humanities in an educational program centered on society and the environment, dedicated to creating ecologically responsible citizens of the world.”

Video of the incident can be viewed below: