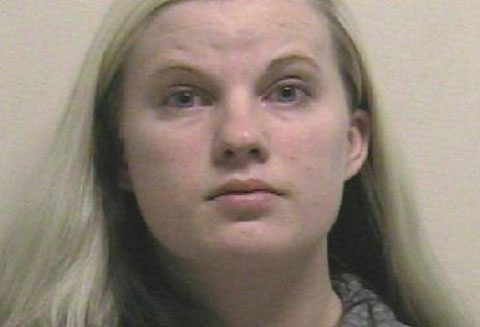 The news has been consistently filled with stories of teachers who have been accused of having sex with a student. One such case is that of Sarah Lewis, a high school teacher arrested earlier this year on charges she had sex with a male student at her home in Spanish Fork, Utah. According to court documents, Lewis gave the student Hpnotiq Vodka before sex and told the teen to deny their relationship if anyone ever asked.

When the relationship was discovered, police charged her with rape, a first-degree felony. That charge was later reduced to one count of Forcible Sexual Abuse, which holds the punishment of 1-15 years in the Utah State Prison.

Now, Lewis is a free woman after only serving 195 days in jail due to a very good public defender. It was reported by media outlet Channel 2 KUTV News that Lewis’ lawyer Tom Means discovered a statute in the Utah state code that states, “if a minor is 16 or 17 years old, the rape charge can be reduced to Unlawful Sexual Conduct, when applied to a person who holds a relationship of special trust: such as an adult teacher, employee, or volunteer.”

Means alerted the court and Lewis was charged with a third-degree felony versus the first-degree rape felony. She was released with no further jail time and three years probation.

Sexual abuse has become an epidemic in the nation’s schools. Teachers across the country have been arrested or reprimanded for sexually assaulting students. It’s important for school administrators to properly vet teachers and closely watch how they interact with students. Students must also be encouraged to report any form of abuse that they have experienced. All interactions between students and teachers must be closely monitored by administrators on a consistent basis.