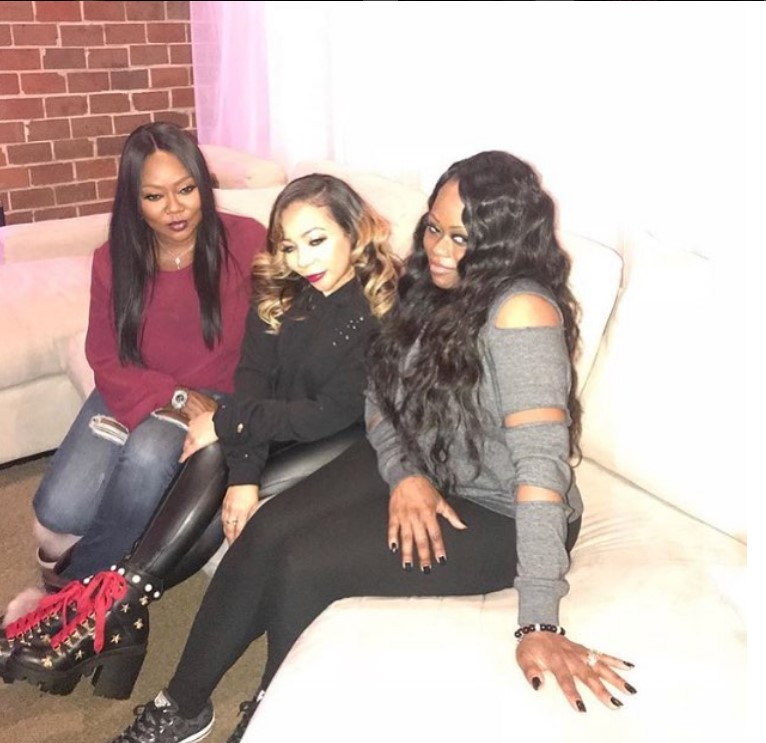 Singer-songwriter Kandi Burruss has addressed her fans regarding the surprising news that the other three members of Xscape have decided to change the group’s name since Burruss decided not to make new music with them.

Late last week, the remaining members of the multiplatinum ’90’s girl group announced the change to their name from Xscape to Xscap3, which enables fans to still recognize the group while celebrating their newer version.

Tiny Harris and the Scott sisters reportedly decided to slightly change their name mainly because they do not own the rights, hiphollywood.com reported.

Burruss, who said she did not want to negatively impact the legacy the quartet laid 20 years ago with mediocre music, refuses to record new songs and, instead, is focusing on her acting career and business ventures. She is currently starring in the play Chicago on Broadway.

The mother of two and “Real Housewives of Atlanta” star does not believe Xscape will be able to replicate the chart and sales success they achieved because of a vastly different musical landscape in the new millennium.

Burruss has also touched upon the creative differences she has had with the group as a reason for not continuing on with the trio after they finished their critically-acclaimed, sold-out tour last year.

Burruss, however, wishes the group success in a letter she posted on Instagram:

“I want to send love to my girls #Xscap3 & congratulate them on the moves their making! I want everybody to know that there is no drama. Its still love with us. I support what they’re doing with the new music & I want y’all to do the same. Pre-Order their new EP ‘Here For It.’ & also get your tickets to #EssenceFest2018 because we’re all coming together to rock the stage again! #xscape”

Some fans responded to Burruss and Xsap3, with one saying: “Xscap3 is for the fans. They won’t do wild numbers when it comes to album sales, and they won’t get any radio play. Kandi knows this too, and it’s not a bad thing. Just.It’s also no about the new music she wouldn’t be able to do things because of scheduling conflict notice after the tour she had about a week and boom she was in NYC.”

A second person added these thoughts: “Kandi always supports everybody this is how more black women/women, in general, need to be! Regardless of any past problems she genuinely wished the best to them. Y’all know she is still apart of the group right?! She just doesn’t want to make any new music. Therefore it’s the only kind of her to congratulate her family, and she supports them…Maturity. So she not with the group but still gonna be performing with them at Essence?”

What do you think of the name change from Xscape to Xscap3? And do you like Burruss’ response?