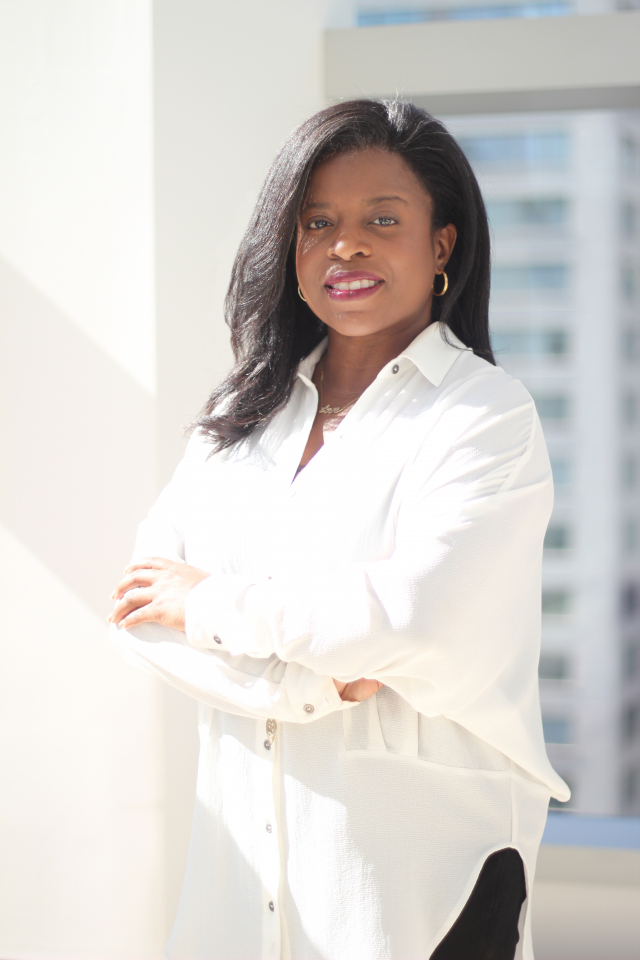 Keesha Boyd is the executive director of multicultural consumer services at Comcast Xfinity. In short, her team makes diversity and inclusion a top priority, including leading the charge for the Comcast platform (Xfinity on Demand) Black Film & TV, where Black content is featured 365 days a year to support the Black History Month campaign and “Black History is always on” a mission.

During rolling out‘s recent interview with Boyd, she emphasized that she strives to ensure that diverse content is available and easy for consumers to access. Here’s how she manages it all.

Can you give us the backstory of Comcast Xfinity’s Black History campaign?
During Black History Month, it’s our goal to do a couple of things. One, honor the past. Two, find a way to celebrate history in the making and really tap into current, relevant and timely moments that are happening and important to the community. That’s the place we always start.

And, honestly, since we all heard about the release date for Black Panther, it was clear this was really a sort of cultural lightning rod of a moment for the community … Knowing this is definitely history in the making in terms of the release of Black Panther, how do we take a slice of that and highlight what we think is an important story to tell? That’s really where we started and what prompted the focus on what was considered sort of a movement here: to highlight what we’re calling the “Groundbreakers: Heroes Behind the Mask,” which are some of your favorite superhero stories. These are individuals who are contributing in these sort of new and different ways and frankly have been contributing for quite a while. Maybe folks didn’t know about them. There is something to be said about representation behind the camera. So, this was the impetus.

Tell us a little about your job as the executive director of multicultural services of Comcast Xfinity.
My role … probably the easiest way to describe it is I have responsibilities for the overall African American consumer business strategy. Ultimately, what that means is my team and I look at our products and services and the content that we are offering and find ways to make sure it is leaning into the preferences, habits and interests of this community.

What does your day-to-day schedule look like?
I wear a variety of different hats. One day, I might be on the phone with one of the different networks we manage like Aspire to talk through their programming strategy for the quarter and how we’re going to help market the content over our platforms. The next day, I might have a discussion about the distribution strategy and what channels should be where across our footprint, specific to channels that offer African American content. I might have a conversation about our sales strategy and tactics in the field, specific to product activation or retail sales or anything around sales strategy. I might be watching a film from an independent director who submitted a film through ABFF or a Black Star Film Festival — two festivals we had a relationship with and how best to get visibility for independent content on our platform.

How do you select content for Black Film & TV?
The goal of the Black Film & TV destination On Demand is almost to create a sort of filter of sorts that allows you to quickly access, find, filter, discover content that is either directed by African Americans, or starring and featuring African Americans. Ideally, what we’re trying to do is make it like a companion viewing experience. As a customer, when you are going to On Demand looking for a movie to watch, you know sometimes you just want to watch the latest blockbuster hits and whatever everyone else is watching, you can find that in the general market movie destination On Demand or TV section On Demand. Other times, you may have an interest in finding content that speaks to the Black identity or Black culture and you just want to go through some of the top movies available on the platform, starring some of your favorite African American actors and actresses. We want to make it easier to find that content, instead of having to scroll through thousands and thousands of choices, which is pretty much the whole of our universe of assets On Demand. In addition to that, it’s about marketing that content. There [are] lots of independent Black films that don’t have a big box office opening, but they’re quality films and they are available on the platform. Maybe they don’t have big titles, so the point of Black Film & TV is to editorialize that content and sort of bubble it up to the surface in such a way that entices you to want to explore it. We have special categories around family, new and popular, and romance — several genres that are general across the board.

Is there anything else you’d like to add about the series or Black Film & TV, in general?
Within the Black Film & TV space, one of the things we’ve heard time and time again in anecdotal feedback not only from our Black employee network but customers who participate in focus groups is that they always wanted to have access to historical content more than just in February.

We have a special collection inside Black Film & TV called Black History. It is always on and that’s exactly what that place and space is: it’s to make sure year-long if you want to sit with your children and talk about historical content, teach them something or ground yourself in some new stories that you maybe didn’t know about from a historical perspective, we always have that there. Because we have that collection, it allows us to every Black History Month explore a new, interesting and current theme, like the superheroes addition.

From a superhero’s perspective, you know what I’m really proud of with this collection and excited about? …How we involved an up-and-coming independent director. His name is André Wilkins; he actually produced and directed the short film that we are featuring on “Groundbreakers: Heroes Behind the Mask.” It’s really lovely to learn these stories. TV writer, producer and director Cheo Hodari Coker, from his background as a journalist to now the amazing “Luke Cage” … To see new faces like Phillip Boutte Jr., who is an amazing costume illustrator. And to hear from Dr. Sheena Howard, who is an Eisner Award winner. And, I’m fairly certain she’s the first Black woman to win that award. It was just exciting to be able to showcase people who’ve been in this sci-fi, comic and fantasy genres. … We hope everyone enjoys it.