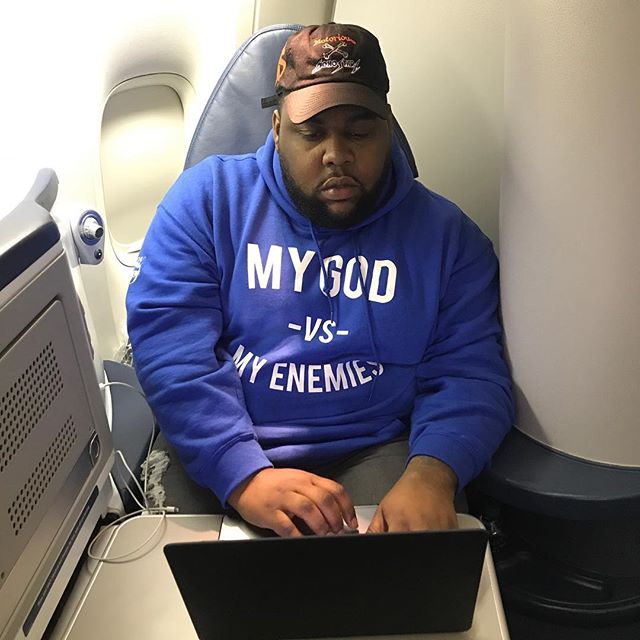 If you browse the celebrity-filled explore page on Instagram, brand manager Ernest Dukes is likely to be in those photos. He’s the man behind the current careers of Keyshia Cole, Lil Kim, Tiny Harris, Nick Cannon, and more. He’s also business partners with Tami Roman and he’s a TV producer (Keyshia Cole – “The Way It Is,” Tami Roman and Snoop Dogg – “Get Into It… Forizzle.” His focus now is his Earnest Living Tour. It’s a self-funded, 7-city tour which will show millennials, creatives, and entrepreneurs the art of maneuvering in the business world, primarily outside of music and sports. His goal for the tour is simple: he wants others to create opportunities for themselves. The tour will feature Tami Roman, Matt Barnes, and many others.

On the origins of his career:

I grew up in Orange County, California, which is 45 minutes out from Los Angeles. Growing up, I watched Disney and “Degrassi,” which made me want to act and do music. I would go back and forth to L.A. to acting classes and by doing that, I built a network of acting friends. I witnessed friends of mine such as Keke Palmer and Kofi Siriboe get their start in acting. It was an interesting time.

I met Chanel Green, who was a publicist, and she allowed me to intern for her. At this point, I lived an hour and 45 minutes away, so I remember at my first day interning for Chanel at Ruthless Records. I brought my entire desktop computer with me because I didn’t have a laptop. When I showed up, the lady told me that I can work from home. So, I started learning from her, and then I met Jackie Christie prior to “Basketball Wives,” and she said that she would pay me to get her onto red carpets. We did this until she started “Basketball Wives,” and from there, I started getting clients from “Love & Hip Hop,” “Hollywood Exes,” and other shows. This is how Tami Roman and I ended up working together and becoming business partners.

On people he’s inspired by:

My biggest inspirations are Oprah and Diddy. I call myself Puffy Winfrey because I’m the best of both worlds. I got the grit of Puff, but I got the heart and soul of Oprah because I really care about people at the end of the day. Puff and Oprah went through many trials and tribulations to get to another level, so if they can withstand pain and become successful, then so can I. I had the opportunity to meet them both and they’re exactly how I thought they would be.

This has been the biggest challenge that I’ve taken on. I don’t have any sponsors or investors. I’m responsible for everything from flights to venues and hotels. The most stressful part for me is making sure people leave with a message. I want them to feel like they got something from this tour. I remember I went to a workshop and didn’t learn anything from it. I didn’t get the answers I wanted because I didn’t know the questions to ask. With this tour, I’m giving people the resources to change their life. I see tons of potential in the youth and I want to invest in that. I made $30K last month by using my brain … not by selling dope or doing anything illegal. I want to show people how to do the same thing. If you’re a blogger, publicist [Ernest is the head publicist over at Fashion Nova, and for the artists mentioned above], or journalist, I’m going to give you the tools you need to move forward.