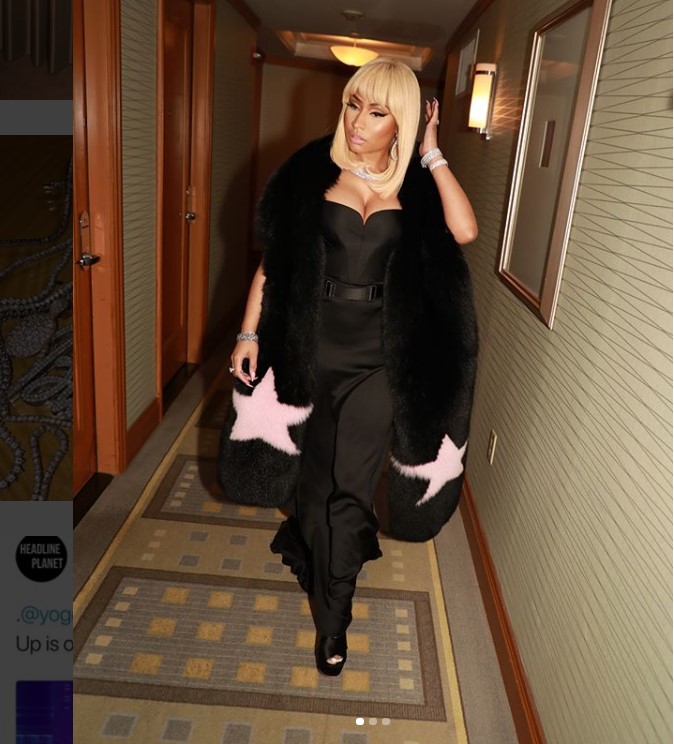 Rapper Safaree is apparently enjoying the attention he’s receiving in waves after his sex tape leaked into cyberspace and broke the internet — mainly because the ladies say he is very “gifted.”

The Jamaican lyricist recently sat down with his good friend DJ Envy and Envy’s wife Gia Casey for their “The Casey Crew” podcast and spilled the tea on the video and being physically and verbally abused by ex-girl Nicki Minaj.

“When I did it, I did it in my Snapchat but I just did it and saved it,” said Safaree. “I don’t even remember who [I sent it to] … I don’t be sending stuff like that out but I don’t know if someone broke into my Snap, my iCloud or whatever. I don’t recall.”

He also spoke on his ex Nicki Minaj and agreed with Casey that he was somewhat brainwashed during his time with Minaj. He also said there were some perks that came with being by the Pink Barbie’s side.

“I ended up being trained to be that kind of person. Like, in the beginning, it’s like aight, ‘Lil Wayne wanna holla at you? Imma shut my mouth and let’s see where this is gonna go,’ ” Safaree said. “I can’t give you what he can give you so I’m gonna support. I was just doing that for so long it was programmed in my head.”

“You were almost brainwashed,” Casey responded. “It’s like conditioning in a sense.”

Safaree: “I almost turned into a robot but it came with perks. It just got too technical; our entire life was business. There was no such thing as downtime.”

Casey: “What were the perks that made it worth it?”

Safaree: “The perks isn’t [sic] really what made it worth it, all I saw was her and her excelling, and it made me feel too good to know where we came from. I just wanted to be supportive and be there, but at the same time wanted to be respected.”

Safaree concurred with DJ Envy that his relationship with Nicki was abusive both verbally and physically — but the abuse he says came from Minaj.

DJ Envy: “What made you never leave? I don’t wanna say you were battered but you were an abused boyfriend … sometimes Safaree couldn’t leave the crib. I swear on everything!”

Safaree: “Nah, nah that’s true but it’s because she was sheltered; she’s in her cocoon and I’m there with her. I didn’t really have a life outside of that. I was really comfortable but then the fights and stuff it was getting too crazy. I was like, you know what? I don’t wanna go to jail, I don’t wanna go to the hospital.”

“I walked away; I”m not a confrontational person and I don’t like to argue. We’re not gonna be doing this all day every day, I’m not gonna have hands put on me and the verbal — it takes a while to get over that. It took me a while to have my confidence that’s why I was going to the gym so hard. It took me a good 4 and 1/2 years to be like, ‘OK, now I’m me and I’m walking [on] my own.’”

“I remember when my sister got married and it was time to go to the wedding in Jamaica, and I said I’m not going by myself, and they was [sic] like ‘Nah, nah, nah!’” he said. “In the beginning, everybody was cool, my mother didn’t know nothing but then my mother started to realize that something a g’wan and she started to have an attitude.”