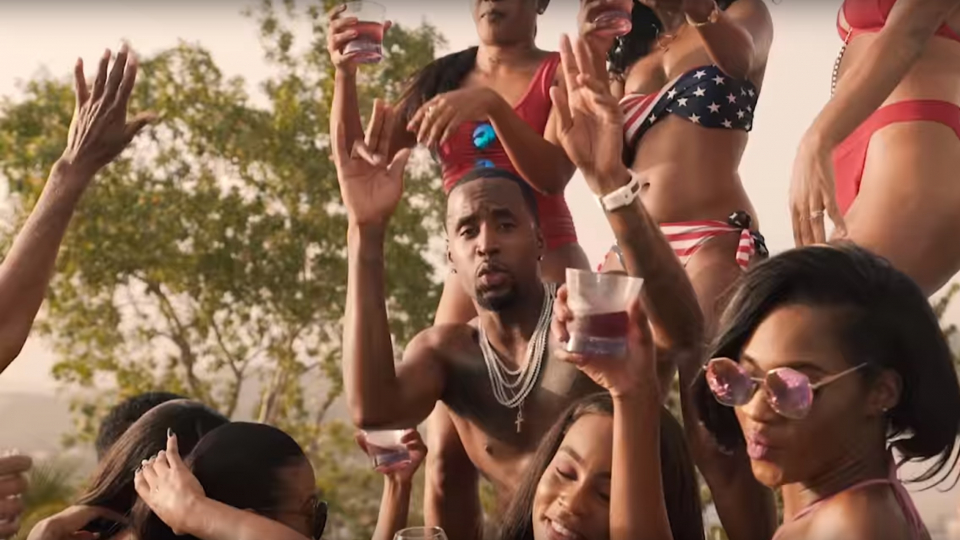 New York rapper Safaree Samuels released his new single featuring Sean Kingston titled “Paradise.” At over 500K views, his new single is already turning heads. The lead single is the rapper’s primary release off his upcoming project, Shoulda Been Did It. According to Samuels, his project is estimated to debut towards the end of October or early November. The release of his new single comes just before the season finale and reunion of VH1’s “Love & Hip Hop Hollywood,” where Samuels appears as one of their all-star cast. In a phone interview, Samuels talked to rolling out about what his life is like, the journey of his music career, dating and more.

How did you get started in the music industry as an artist?
Well, music has been a part of me my whole life, I always had my hand in music. My father had a sound growing up, and my mother used to always take me to big concerts back in the days in Jamaica. It’s always been a part of me. I always had a passion for emulating what I was seeing and what I grew up around.

You are truly musically inclined, and I think many people don’t recognize your talents.
It’s something I can’t really explain or describe. I write a lot of music and I’m actually really good at picking beats. I don’t know what it is, but when I’m in the studio I just know what suits people and what suits me. I put a lot of years into this and creating things I’m really proud of.

Talk about your creative process.
Most of the time I’m in the studio or at home. Most of my ideas come to me in the middle of my sleep. I’ll wake up and put it in a notepad or things like that. Whatever I feel I build on it.

What is the biggest misconception about you as an artist or your career?
I feel like a lot of people are still stuck on my past, and then there [are] some people who know I am a professional and understand that I know what I’m doing in my career. People see it, they see what I am capable of, and they sometimes act like they don’t see, or maybe they don’t want to see it and just can’t forget the past. I appreciate what Joe Budden said on Complex about my rapping because there [are] so many jealous people, and people that want to hate on the stuntman, but there are some people like Joe that are going to acknowledge the talent. At the end of the day, I’m doing this for my fan base and not for the people that have negative things to say.

If you could, would you change anything about your career?
You know, I wish I would’ve done this sooner. I should’ve been on it and worked more on myself as an artist earlier on in my career.

What are your thoughts on fame and how it’s affected or influenced your life?
Its affected my personal life and dating and being able to find a girl. Women see things on TV and they automatically think they know me. Personally, I feel like let me get away from these loud drunk people. Fame put a strain on my dating life. I like regular girls contrary to what people think. I like women that have a job and actually need a break to talk to me. I find that women come around me and the environment ends up changing them.

How do you think “Love & Hip Hop” has impacted your career?
I love it, and I wouldn’t change anything. It allowed people to see my personality. Before seeing me on the show, people had a very bad misconception of me. So being on the show helps to let people know who I really am. So many people come up to me and say they feel like they know me and talk about my personality.

Have you ever thought about expanding your career in television?
I am really good at entertaining people, so getting into acting more would work really good. Right now I’m lowkey doing it, I over exaggerate things to make them more entertaining. Acting and movies is something I would like to get into.

Talk about your new single and project.
The views on this single [are] the highest that I’ve gotten so far in such a short amount of time. The feedback is amazing and we had a lot fun shooting the video in Jamaica. This is a body of work that I want to make people feel good, make woman dance, and make guys feel like their thugs, [switches to Jamaican accent] and make some Yaad mon’ feel like dem ah Bad mon.