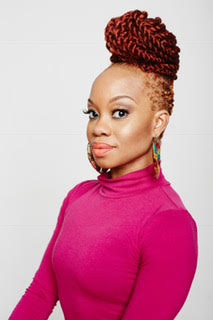 Camile A. Brown is a prolific New York-based choreographer. She has been commissioned to work for several companies as a choreographer, which has gained her awards and acclaim. She works as a musical compositionist to portray stories from the Black female perspective. Brown is artistic director of Camille A. Brown & Dancers. She works tirelessly to inspire youth with cultural curiosity and self-reflection through community outreach initiatives. Brown spoke with rolling out about her most current works and her journey as a choreographer.

What is your backstory and how did you become a performer?

When I was younger I always loved watching Michael and Janet Jackson videos. I would try to learn all the dance breaks and combinations. My mom put me in dance classes. I started taking dance back when I was three years old. I didn’t always have a big voice and it was even smaller when I was little, so I used to dance to communicate. It wasn’t until high school when I visited the Ailey school that I realized I could do this as a career.

Who have you worked and performed with?

I used to dance with Ronald K. Brown, who has a company based in New York. I didn’t want to have a company seeing all the hats he had to wear. He wasn’t just a choreographer, he was a dancer and administrator. It wasn’t until I began commissioning projects that I realized that format wasn’t for me and I wanted to focus in on a more intimate process and longer process. That’s how I developed a need for me to have my own company.

Who have you worked with in the past?

I am working now with John Legend. I am choreographing Jesus Christ Superstar Live on NBC. I am, working with him and the cast. My background is more concert dance than pop. I have worked with Blair Underwood and Nicole Ari Parker for Broadway for “A Streetcar Named Desire” in 2012.

Who do you admire, who are your mentors in the field?

I really admire Dianne McIntyre, she is a black female choreographer as well. I think it’s important for us to see reflections of ourselves. When I see her and the things she has accomplished not only in concert dance but in theater, it is inspiring. I love the way she thinks about her work it’s extremely intellectual. A lot of times, I think people see dance and don’t think its scientific or intellectual, just “oh you guys are moving your bodies it must be fun.” For me, we are talking about real experiences, politics, satire and these are intellectual too. I really love the way she is talking about her work. In terms of being a performer, the person that I really look too is singer Ella Fitzgerald, because I love her range and her clarity. I try to have that same type of ability in my body.

What is your food regimen?

If I’m performing or getting ready for a photo shoot, I’ll lay off the carbs. I try to do a lot of salads and soups, eat protein. It’s hard because when I’m working in musical theater a lot of times I’m sitting down a lot because I’m choreographing not performing. I have to figure out a way to make sure when I get up and I’m on stage I don’t break something because I haven’t been conditioning my body. Not only do I try to stay conscious of my food regimen but I try to do yoga for 20-30 minutes every morning. I’m 38 and the older I get the more work I have to do.

If there was anything in this world that you could change. what would it be?

It would be how people treat each other. I think people need to care for each other more and be a lot more sensitive, so how we interact with one another, especially here in New York. People say New York is like hustle and bustle, people are bumping into you they don’t have a regard for other people as they are trying to get from point A to B. So, sometimes I wish we were more careful of others and our surroundings.

I’m doing Jesus Christ Superstar Live on NBC and that will be on Easter Sunday, April 1, 2018. I am excited. I’m going to be doing The Wiz at the Muny in St. Louis this summer and I have a couple more projects that are coming. My company will continue to be on tour, we have our show in Minneapolis on the 23rd which is exciting. We really go into full gear fall of 2018. It’s always great to see Black faces in the audience. It depends on where we travel in the space sometimes its predominately white audiences, sometimes it integrated because my work is rooted in African American culture. It’s nothing like being in a position and speaking to people that know exactly what this is about. The piece that I’m doing, “Ink” is for us by us. It’s about us reclaiming our narrative, writing out what people have told us and writing in what we know our stories to be. 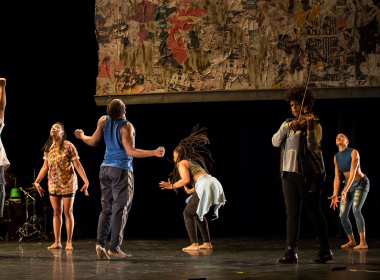 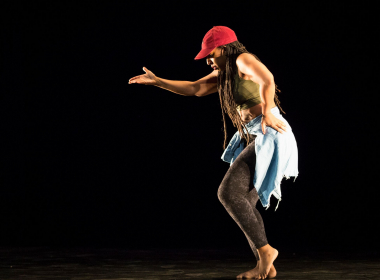 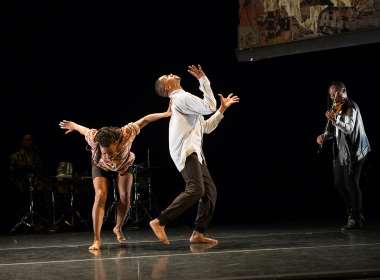 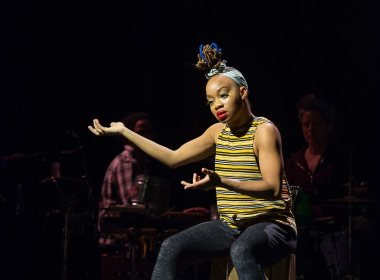