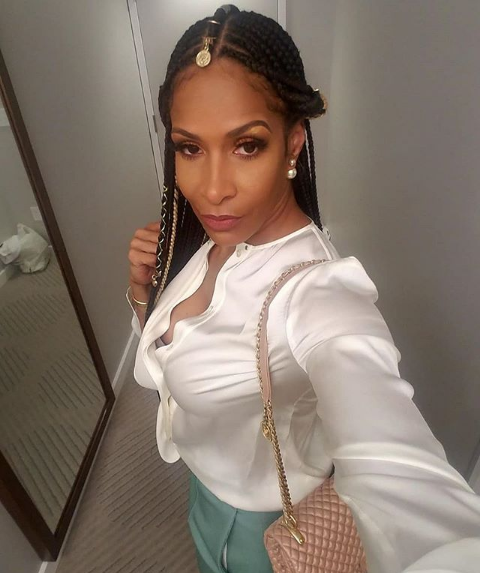 As the 10th season of the Bravo flagship vehicle “The Real Housewives of Atlanta” comes to its conclusion, a couple of RHOA cast members are also seeing their careers with the hit reality show come to an unceremonious conclusion.

According to a popular blog, Sheree Whitfield, who was rehired last season after being fired several years ago, has been booted from the show yet again.

As LoveBScott stated online, sources close to the production team at Bravo told them that Whitfield was axed from RHOA.

It appears that Whitfield’s interesting storyline of falling in love with and planning to marry her federal prison boyfriend — and that NeNe Leakes allegedly dated the man back in the day — was not sufficient enough for Bravo producers to keep her around for at least another year.

The surviving cast members have yet to take to social media to confirm or deny the Whitfield report, but long-serving cast member Porsha Williams did post a subliminal tweet.

Whitfield and Williams, if you recall, go head-to-head on the upcoming reunion, and it was said by media reports that Williams dissected Whitfield like a med school corpse.

Whitfield is not the only casualty in the end-of-season bloodletting. Kim Zolciak, sources told The Shade Room, won’t be returning either. Zolciak wasn’t a full-time “housewife” for season 10 to begin with, so technically she didn’t get fired; they just informed her that her service won’t be needed moving forward.