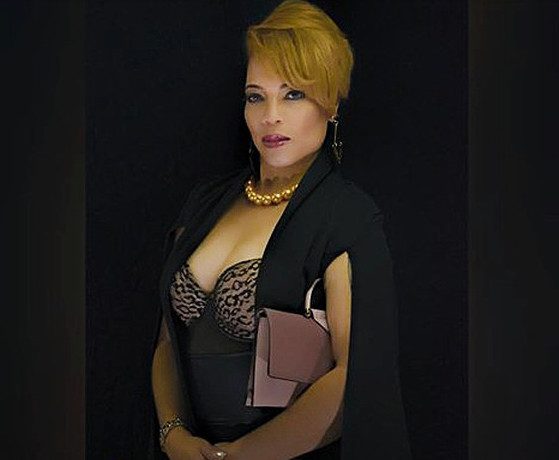 Stacey Gill is an entrepreneur in the entertainment industry with nine years of hands-on experience. She started Breezy Entertainment Incorporated in Chicago, in 2009. One of her first projects under her company was being the executive producer of the “Hungriest Rapper Reality Show,” producing her first independent movie, A Part of the Game, which has over 1.3 million views on Youtube, and gearing up to release her new movie A Promise That Was Broken in the spring of 2018.

Why is it important for Black women to lead or work in leadership roles and decision-making capacities?

It’s important because leadership is about showing confidence, and women of color have so many barriers that they have to deal with that men don’t have too. Being able to make decisions as a leader and women of color shows people that you are not letting your gender or race define who you are, you are letting your true authentic self help you lead and make decisions that help create value for your team. It’s time to embrace and embody change in the world and stray away from the norm that women can’t be leaders.

I love that hashtag because [for] my company, Breezy Entertainment, the main focus is collaborating and supporting everyone and helping people who have a goal to be in the industry. My daughter and I launched a movement in 2015 called F.E.A.R. which stands for female entrepreneurs are rock stars. The main purpose of this movement was to partner or collab with other like-minded women who had a passion for the arts and also mentor young high school girls who wanted to learn how to break in the industry or didn’t know where to begin.

Anyone that I collaborate with must be reliable, trustworthy, and most of all professional. Your image and brand is everything. It takes years to build a credible reputation and seconds for someone to destroy it. So anyone I work with must possess these qualities.

I believe in jumping out on faith and having no regrets. No one is perfect and everyone makes mistakes, but it’s how you bounce back from those mistakes that determine your future. I’ve taken so many risks with my company that It has helped me learn things about the business and myself that my degrees never taught me.

The love and passion that I have for the arts is one of the reasons why I am inspired to show up to work every day. Knowing that it’s another day to help make someone’s dreams come true is so fulfilling. My daughter is also the inspiration behind what I do for a living. I want to show her that hard work and dedication pays off and that if you have a true passion for something, don’t let anything get in your way of achieving that goal.

Growing up as a young girl I always had a love for the arts. I ended up dating a man by the name of Donte Dade who loved the arts just as much as I did. He was a rapper and I followed everything he did in the business. We began dating and soon after we had our beautiful daughter Bri’onne Dade. As my daughter got older she was a dancer, model, actress, and more. I decided to start my company Breezy Entertainment which represents all genres of the arts like my daughter did and my company name was a dedication to my daughter who nickname is Breezy.

Getting prepared to launch this company, I ended up going to school from 2006-2015 to get my bachelor’s in the music business and two master’s in the entertainment business and public relations. Ever since then I have been hitting the ground running producing huge projects every quarter and trying to be a leader and role model to many women and young girls out there that has/had a dream like mine proving that if you stay focused you can achieve anything and you’re never too old to do what it is you love.

I admire her because I have started to branch off into screenwriting, directing, and producing myself and she is very successful in this field. She grew up in Chicago and lived in the south suburbs of Park Forest which is near where I stay. She has written hit tv shows like Scandal (which is my favorite), How to Get Away with Murder, Grey’s Anatomy, and has even inked a multi-year development deal with Netflix to produce more content. I would love to be as successful as her and be able to executive produce a string of movies and television shows as well. She is breaking barriers every day in a male-dominated industry and is proving that women of color can be just as successful as anyone as long as they set a goal and fight for it.

How do you successfully grow from business failure?

I know that every project I do or business idea I have may not be as successful as I want it to be, but I plan ahead for the next one and always welcome change. I look at what I may have done wrong and focus on perfecting it for the next time around to get the results I was originally looking for. As my sister Krystal would say, to get different results you have to do something different.