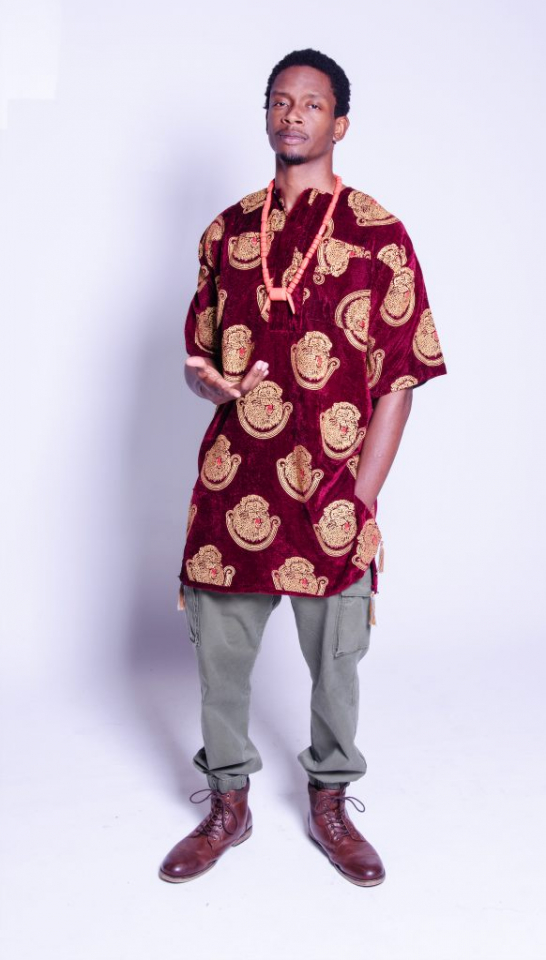 Atlanta filmmaker Sinatra “Osm” Onyewuchi has been a positive community influence. His short film, Masterful, was recently recognized at the Houston Gospel Announcer’s Guild Film Festival. Masterful was produced with a budget of $240.00. It won Best Short Film of the Year.

“I’m extremely driven and passionate about producing wholesome content,”said Osm, the founder of the OSM School, which trains up-and-coming performers and professionals in the arts.

Here’s the rest of his interview.

Please define your personal brand.
Behind the scenes, the industry has likened me to a faith-based Donald Glover. Only, I’m still somewhat of a secret. I don’t curse in any of my scripts. And, I choose to stay away from sex-scenes or any vulgarity. I consider myself to be a servant of God and to the people. I’m ever changing into a more perfect image of my father in heaven. I’m always thinking of how to display morally sound imagery via music and on-screen media. Several of the scripts I’m developing will showcase that. People will feel the brand because it’s already familiar to those who know something in the world isn’t quite right and something has to change for the best. Anyone who desires wholesome content will automatically recognize the OSM brand and what it seeks to achieve.

How did you arrive at this career choice? Was it a deliberate decision or a gradual and natural evolution?
I’ve been in entertainment since I was a youngin’ in church. It was always something that was a freeing way of expression for me. Working with people like Robert Townsend at 16 had an impact. I worked on a pilot with director Joshua Marston that revealed a lot to me while in college. As I got older and more experienced, I started to understand the importance of uplifting, educational and inspirational forms of entertainment and that propelled me even further into the faith-based and family-friendly side of things for good. My arts training school, The OSM School, was a means for me to teach children, teens and young adults the importance of the same. Yes, it was definitely a deliberate choice to stick to positive and impactful content because God has allowed me to understand the impact that visual and audio media can have worldwide.

What separates you from others in your field? What is unique about the experience that you create?
I’ve been told several times that I have a different kind of thought process. When explaining concepts to people, I often hear, “I’ve never thought about it like that before.” Creatively, I think the same way. I try to let myself be guided by righteous principles first and let that inform my decision-making process in art, business and in life.

How do you stay at the leading edge of your craft?
As quirky as it may sound, my practice is every day in life, with my family and children. I’m continually trying to check myself, my heart to make sure I’m moving in a kind, gentle and faithful manner with them. If I practice that, I get new ideas. I get new inspiration and aha moments that drive my creative ability whether in music, songwriting and scriptwriting. My daily life walk truly inspires my craft the most and leads to some of what I feel is some of my most personal and prolific work. I’m not sure if everyone else will think so, but, so far so good.

Do you think there are widely held misconceptions about what you do? If so, what are they and how do you work to dispel them?
People categorize on their own accord, there’s nothing that can be done about that. I rarely spend time trying to convince anyone. I’m a believer who seeks valuable relationships with people who sense the state of the world is off-balance and want to do something about it. It’s up to the good-hearted few to try and make a difference. Interestingly enough, most of the people who have given me the hardest run for it have been the industry’s professed evangelical Christian-but-not-Christian performers and entertainers. Those who don’t readily, or otherwise identify with Christ teachings have been extremely open-minded, friendly and just sociable people to interact with. Many of the representatives on the Christian side, though, have caused me much stress and nights of anguish. They think you want to use them for their shine, but it’s like, “Brother, I’ve got relationships with high-level industry clientele that you want to be like … I don’t need your shine, I need your brotherhood in this war we’re in.” But, they still don’t really know me because I stepped away. I have to forgive them for that and pray that we’ll be able to serve together in the future.

What affirmations do you repeat to yourself that contribute to your success?
My wife is like my outer-body affirmation and confirmation speaker box. She’s my cheerleader and sometimes when the going gets tough, she’s the one to speak softly that God has a plan for us and he’s not leaving us. He’s doing something behind the scenes. It’s funny. I recently put out a Facebook live video titled, “This has helped my marriage! 7+ years!” And the responses have been revealing. People get to get a taste of who my wife is and why she and I have seen. For the most part, the peace that surpasses all understanding in our home. Otherwise, when it comes to affirmations. I think on heavenly things often and repeat the promises that He’s made for His chosen and elects. When it gets real, it’s simply, “Father, I know you’re there. Whatever it takes, I want to be with you for eternity. No matter what.” And, that brings me comfort.