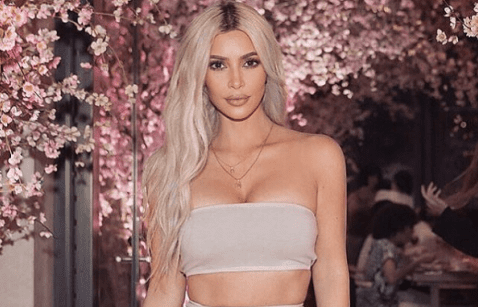 Kim Kardashian West is preparing to launch her own intimates and shapewear line.

The 37-year-old reality star — who recently decided to close her DASH fashion boutiques — is busily developing a new clothing brand that will serve women of all shapes and sizes.

Kardashian West — who has four-year-old daughter North, two-year-old son Saint, and three-month-old daughter Chicago with her husband Kanye West — has taken a hands-on approach to every aspect of her new firm, from design to marketing.

The “Keeping Up with the Kardashians” star has decided to work with the same team behind her sister Khloe’s Good American brand, which has become a major success, as well as Frame and MR Porter, TMZ reports.

Kim is determined that her new line will serve all women, rather than restricting herself to the luxury market.

Meanwhile, Kim announced the closure of all the DASH stores she owns with her sisters on Thursday, April 19.

The curvaceous beauty and her sisters Kourtney and Khloe shut down their New York branch of the boutique in December 2016, and after a report surfaced recently claiming they were planning on closing their Los Angeles and Miami outlets as well, Kim confirmed the news.

In a post on her app and website, she said, “After nearly 12 years, my sisters and I have decided to close the doors of our DASH stores. We opened our first store as a family in 2006 and since then we have made so many lifelong memories. From opening locations in Los Angeles, Miami and New York, to having our Dash Dolls spin-off show, it’s been such a huge part of our lives.

“We’ve loved running DASH, but in the last few years, we’ve all grown so much individually. We’ve been busy running our own brands, as well as being moms and balancing work with our families. We know in our hearts that it’s time to move on.

“We love our DASH Dolls and are so grateful for the amazing memories – and we have to give a special thanks to the DASH employees and all of the incredible fans and customers who have supported us throughout the years! We couldn’t have done it without you. Thank you to everyone!”