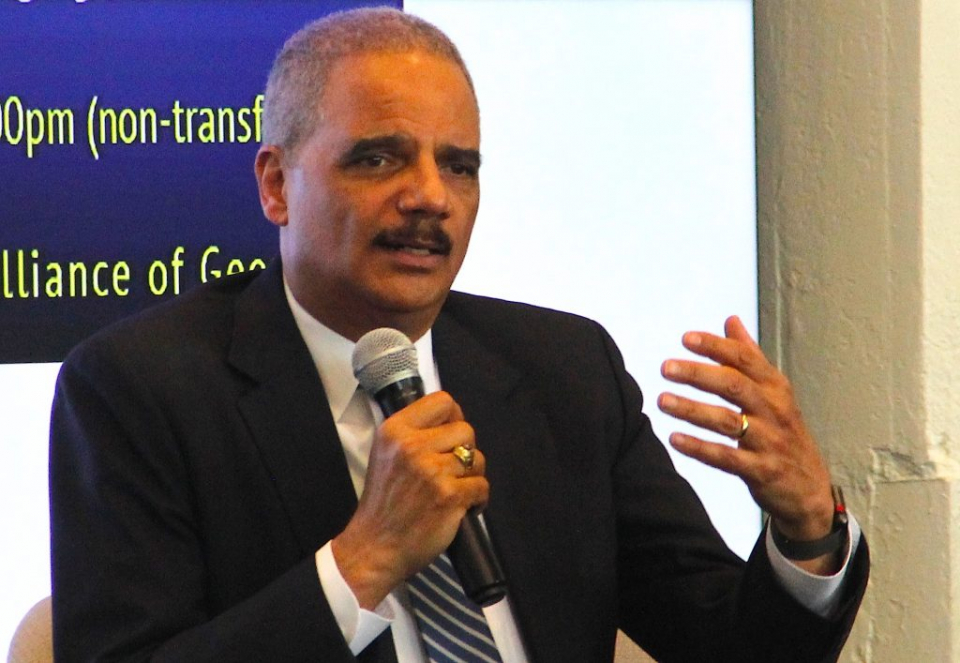 via A.R. Shaw for Steed Media

Eric Holder served as U.S. Attorney General during his stint with the Obama administration. Following his time at the White House, Holder has continued his work to ensure that the Voting Rights Act be upheld. One key issue that Holder often speaks against is gerrymandering.

Gerrymandering is an (often illegal) act where public officials manipulate voting districts and boundaries to empower a particular political party or base.

During a recent event produced by the Georgia Alliance for Redistricting, Holder spoke about gerrymandering, the Voting Rights Act, Electoral College, and even hinted at a possible presidential run in 2020.

On the importance of upholding the Voting Rights Act:

“There has been work done over the last 10 years or so that really fundamentally attacked our democracy. I hope that the Supreme Court Justices keep that in mind. The Voting Rights Act says that there should be equal sovereignty. That’s good because it gives political power to communities that too long have been disenfranchised. But it also can be used in a cynical way in a manner. Republicans in the South have packed African Americans into certain districts so that they have a free hand to create safe districts for Republicans in other parts of the states. This is happening at the congressional level. We have to have a vibrant Voting Rights Act. We can’t allow the Voting Rights Act to be misused and so we have filed lawsuits around those issues.”

On the fight against gerrymandering:

On the Electoral College