When news broke last week that legendary show business manager Joe Jackson was near death, there was an outpouring of good wishes from adoring fans. Media outlet Daily Mail, in an exclusive interview with founding Jackson 5 member Jermaine Jackson, reported that the family was unaware Joe was so sick. In addition, It was alleged that Joe Jackson is surrounded by people who have kept senior members of the Jackson family away from the ailing patriarch.

In the past few days, multiple media outlets are reporting that Joe Jackson is indeed ill with terminal cancer. This past Sunday the following tweet was posted to @Joe5Jackson: 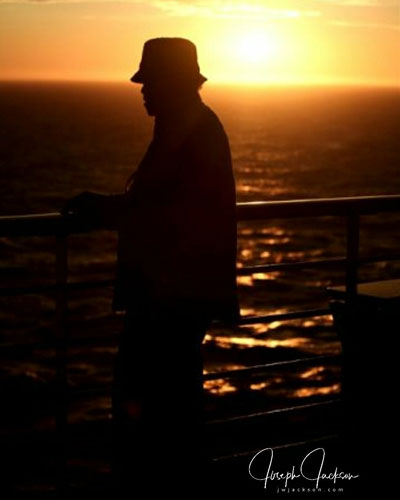 The post has been viewed by thousands, including Paris Jackson, who posted the following regarding the message:

“This is a beautiful tweet. though it upsets me to see whoever is in charge of this account taking advantage of it. my grandfather did not tweet this. I’m not sure if he’s ever used this account.”

She then tweeted “blessed to have a family that comes together the way the Jacksons do.”

In addition, now Jermaine Jackson also decided to explain his interview with the Daily Mail that started the whole issue. In a series of tweets, Jermaine Jackson posted the following to @jermjackson5:

“On the new story re: Joe comes to the welfare of this family, but a journalist called me with information he clearly already had about my father. I confirmed certain details but “revealed” nothing. My father’s health is not good, but “dying” is a harsh word chosen by headline writers, not me. For however long he has left, my mother, siblings, and relatives want to be with him, without hindrance.”

Joe Jackson has had some serious health issues over the past few years. He suffered a stroke and was also involved in an auto accident that caused him to slow down in his activities. However, the Jackson family has not officially made a statement about the family patriarch’s health.