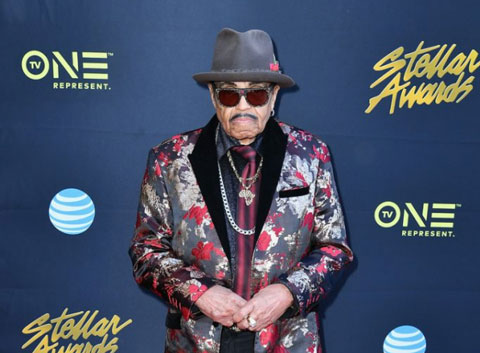 Joe Jackson, the 89-year-old patriarch of the Jackson family dynasty, passed away at 3:30 a.m. today after a battle with cancer, TMZ reports.

The retired talent manager, who is best known for handling the careers of his children, including his late son Michael Jackson, had been hospitalized for some time, with his wife Katherine and some of his children and grandchildren by his side. His passing was not unexpected, as it was revealed hours before his death that he was “too weak” to even return to his Las Vegas home.

A source said: “He had planned to go to his home in Vegas to live out his final days, but that has not happened. Joe is very weak and getting significantly weaker. It’s now a waiting game, and the end could come at any time.”

News of Jackson’s ill health was made public last week when his son Jermaine revealed that his father was close to death. Jermaine added: “He’s very very frail, he doesn’t have long. The family needs to be by his bedside — that’s our only intention in his final days.”

Joe, who had diabetes and was also believed to have a form of dementia, suffered a stroke in Brazil in 2015, which left him temporarily blind.

He was hospitalized in 2016 with a high fever after falling during a routine checkup.