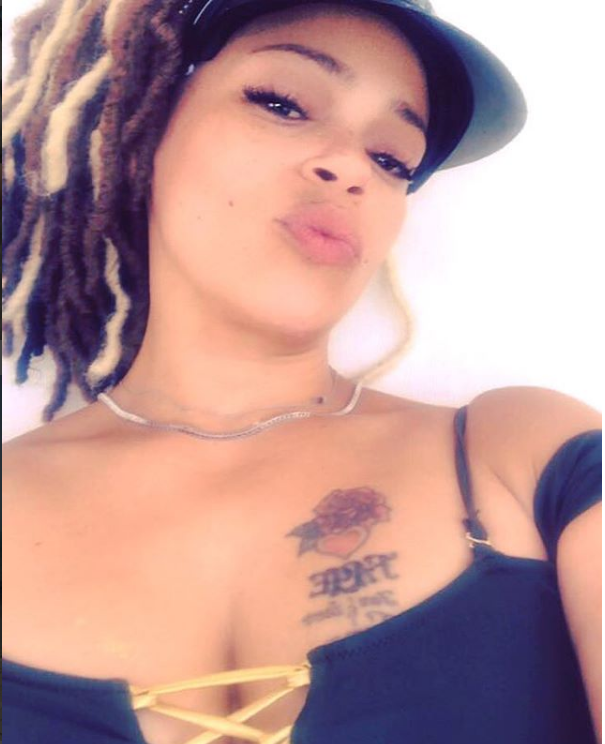 Instead of the cheers and elation that typically accompany a wedding announcement, only double-takes and dropped jaws are greeting one newly married couple: reality star Stevie J and singer Faith Evans.

A most unlikely couple reportedly paired up on a clandestine trip to Las Vegas and said their wedding vows in their hotel room on Tuesday evening at about 10:30 p.m.

TMZ announced that the Buffalo, N.Y.-born Steven Aaron Jordan, 46, and Lakeland, Florida, native Faith Renee Evans, 45, have made it official. The two have been romantically linked in the past, but no one saw this coming. In fact, the pair had broken up last year, so no one had a marriage anywhere on the radar.

The pair reportedly got their marriage license, and Stevie J immediately professed his love for Evans, which she reciprocated. Notice how Stevie J replaced Evans’ last name with his own on Twitter:

And, as if right on cue,  Joseline Hernandez, Stevie J’s tempestuous ex-girlfriend and the mother of his daughter Bonnie Bella, swooped in to spit confusion and controversy into the mix. The self-proclaimed “Puerto Rican Princess” says she has receipts that prove her ex was trying to run game with her only days ago before tying the knot, and she immediately posted them online.

This connection seemed unlikely because the only thing Stevie J and Evans seemed to have in common is that they were both reared in New York State. Stevie J shot to fame when he wrote or produced monster hits in the 1990s, including “I’ll Be Missing You” (1997) and “Can’t Nobody Hold Me Down” (1997) for Diddy;  “Let Me Blow Ya Mind” (2001) for Eve; and “Mo Money Mo Problems” (1997) for Diddy and Biggie Smalls.

Evans’ was, coincidentally, married to Biggie Smalls, aka Christopher “B.I.G.” Wallace, before he was murdered in Los Angeles in 1997. She went on to belt out hit songs in front of the mic, including her contribution to Diddy’s Notorious B.I.G. tribute record, “I’ll Be Missing You,” which featured the R&B group 112 and listed Stevie J as a producer.

The marriage announcement comes right after Stevie J posted a video that he and Evans shot last week to correspond with their musical joint, “A Minute.” Their sexual chemistry also was evident when Evans appeared on Stevie’s show, “Leave It to Stevie”