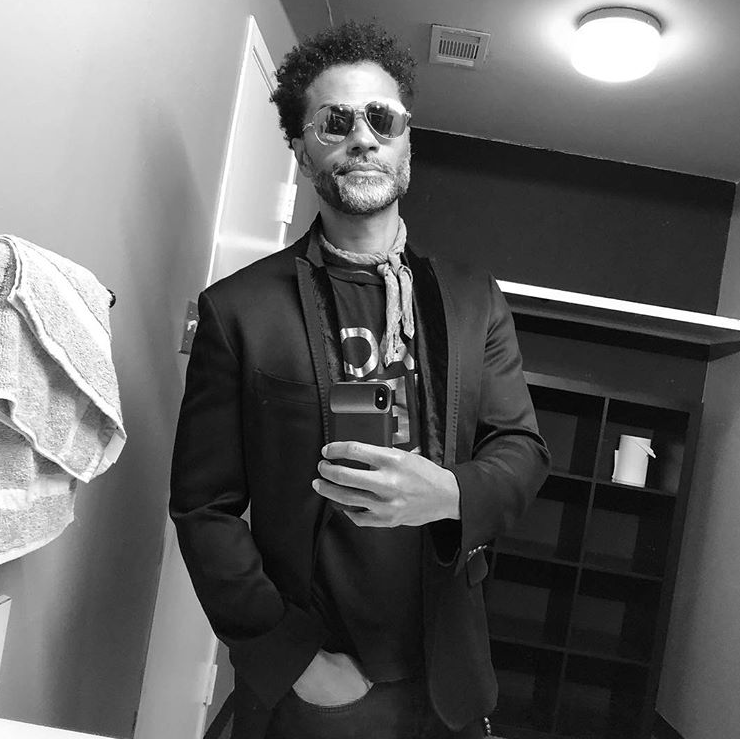 Soul singer Eric Benét took a sledgehammer to the sensibilities of some rappers and social media users when he posted a meme with a scathing denunciation of certain rappers and their lyrical content.

Benét’s post calls out those rappers who mostly speak negatively in their music about women and glorify materialism, drugs and violence. From his perspective, that kind of Black rapper is far from a legitimate “artist” but rather “a Black face for White supremacy.” 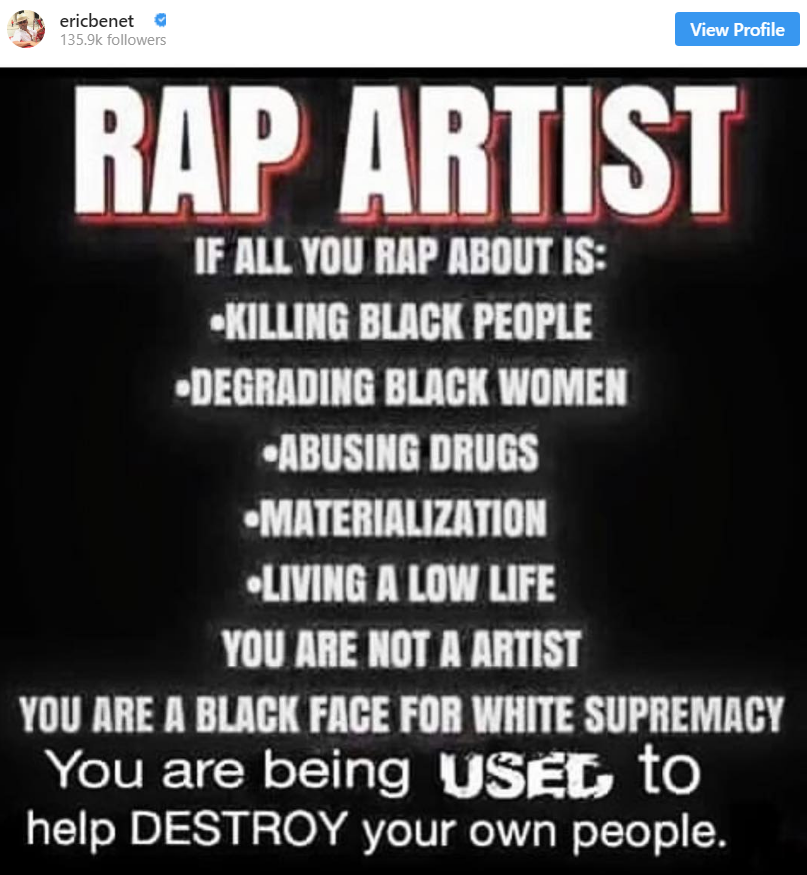 This is an “inconvenient truth to some of the rich and famous,” Benet wrote in a caption to the image above.

Some rappers weren’t trying to hear what Benet was saying, especially rapper Jae Millz, who fired back at the 41-year-old Milwaukee native and “Spend My Life With You” singer:

“Eric Benet giving me rap advice is like me giving him advice on how he could’ve saved his marriage. And I’m not married. #payattentionitsfree,” Millz said.

Rapper Wale tried to reason with Benet in a more amicable way.

Wale wrote: “Hiphop always had an affinity for material things. It’s apart of the very fabric (no pun) but does not define players IN said genre…but I’m 3xZ doe. He got a point but it’s not the only point. (sic)”

The post set off a vigorous debate on Twitter and Instagram. One IG user, @mrevergreen, who agreed with Benet, wrote: “You make a lot of enemies when you speaking the truth but salute to @ericbenet. If our own people value the truth rather than money & materialistic things, black would be in a more powerful position.🙏🏽”

Another IG poster also concurred with Benet’s sentiments. @medicinalexotixs wrote: “@ericbenet Lately rappers do interviews stating that they don’t like black girls the girl has to be white or Hispanic because Dark skin is ugly. Look it up for yourself! ! These rappers are degenerates!”

However, others strongly disagreed with Benet, including @heatles4, who wrote: “@kadams_20 again it’s very simple for you C Delores Tucker types. “If” you have a problem with these so called negative rappers don’t buy or listen to their s—! It’s that simple homie, go check out some Kirk Franklin or that Snoop Dogg gospel album. Cost you nothing to pay them no mind😂.”

As the debate rages online, what is your take on Benet’s audacious IG post? Did he cross the line, or was he on point with his message?