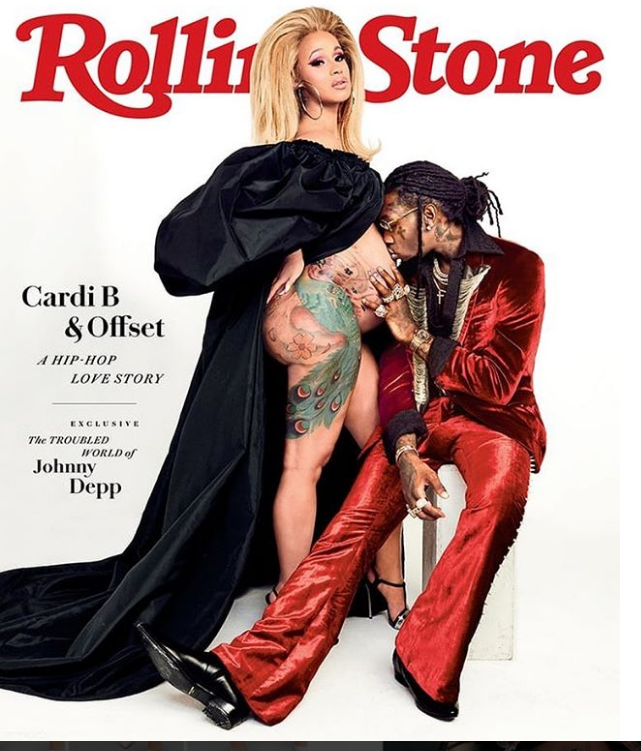 The 2018 MTV VMAs turned into the Cardi B show as she racked up awards and nominations, fired off shots to Nicki Minaj, made jokes about her infant and gave off body language picked up by much of pop culture about the status of her marriage to Offset of the rap trio Migos.

Many viewers discerned some static between Cardi, 25, and husband of one year Offset, 26. When she won one of her awards, she traipsed by her steaming husband like he was a stranger at the bus stop. He, in turn, glared at her when Cardi engaged in a joke about their infant daughter, Kulture Kiari Cephus, who was born July 10.

Folks can hardly understand why the two were beefing again. A few months back it was learned that they were secretly married and that Offset was acting like a bachelor on the party circuit.

On this occasion, fans had plenty to say and offered opinions on what they believe is going down in the couple’s household.

Check out a sampling of the social media prattle. 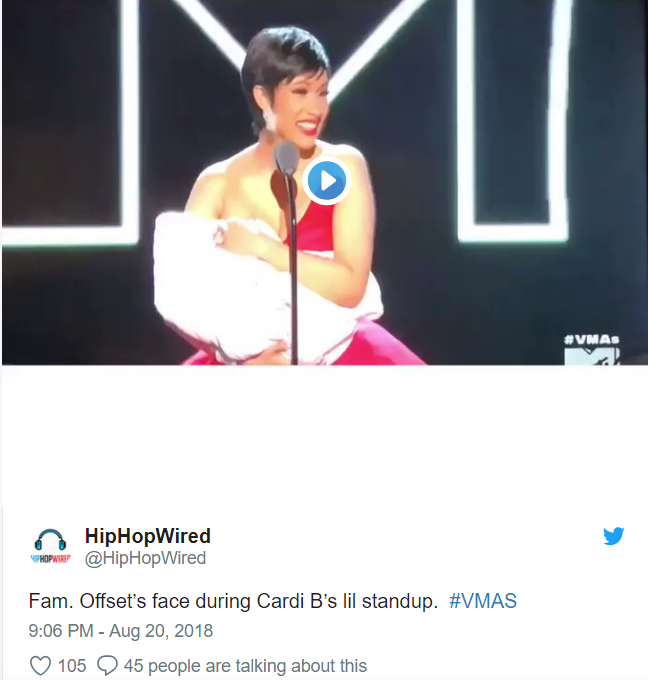 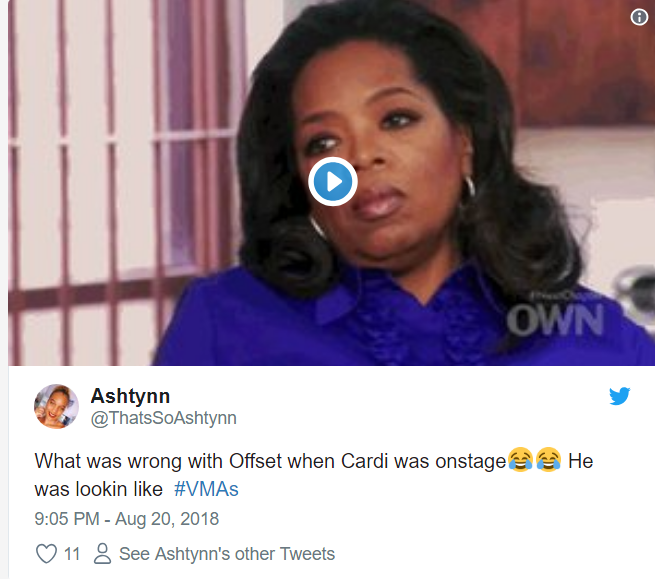 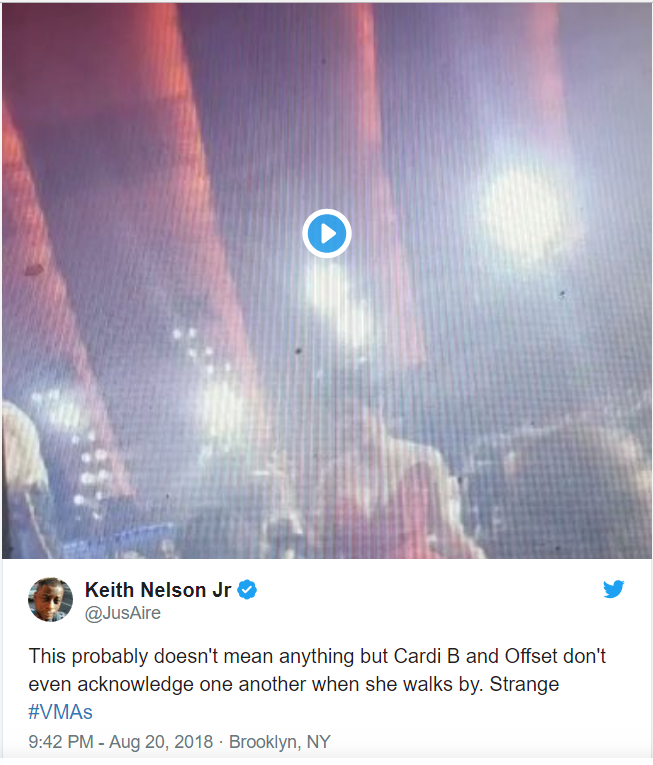 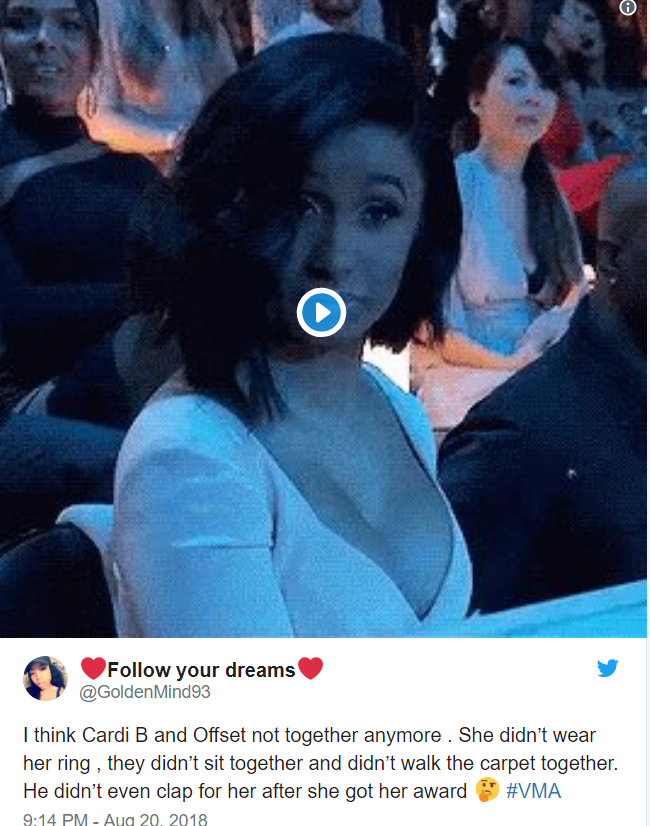 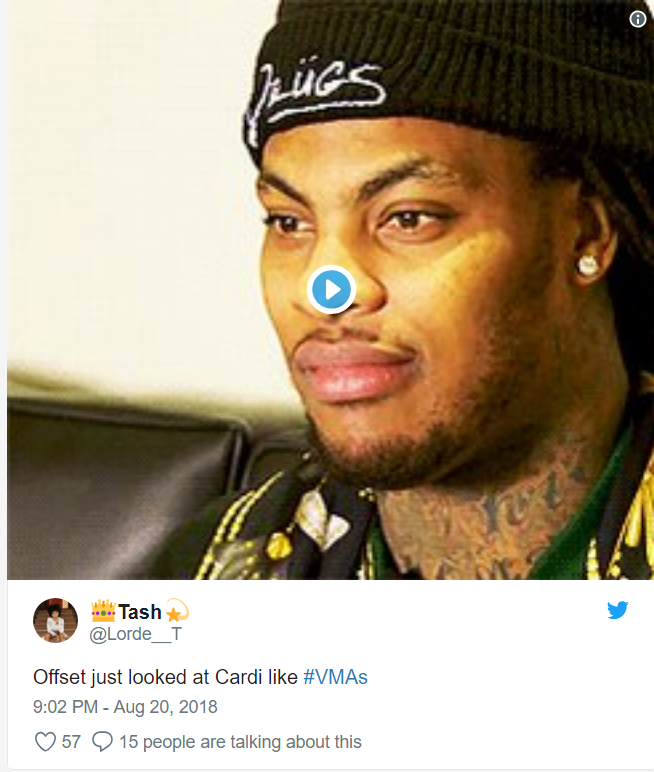 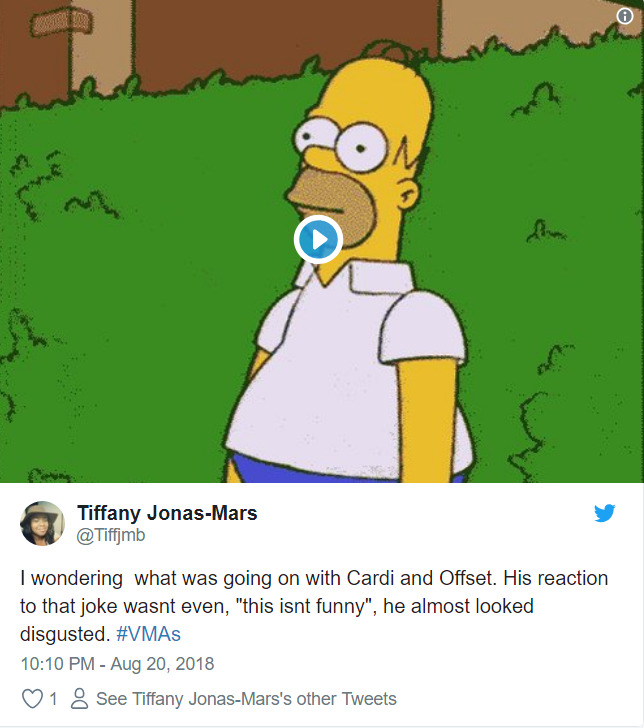 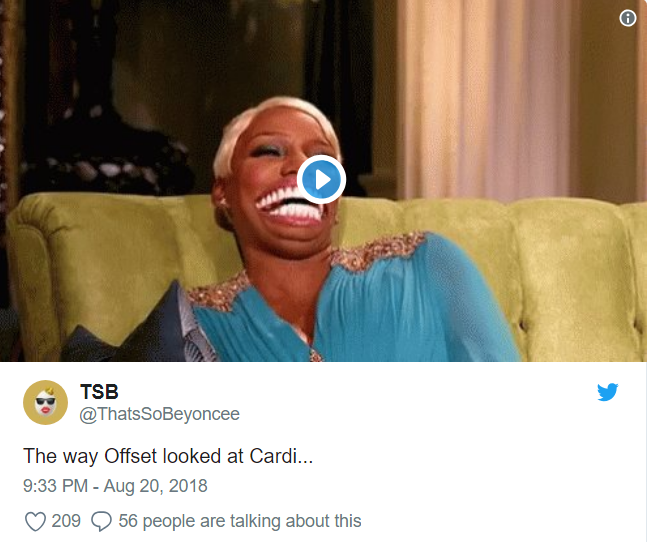