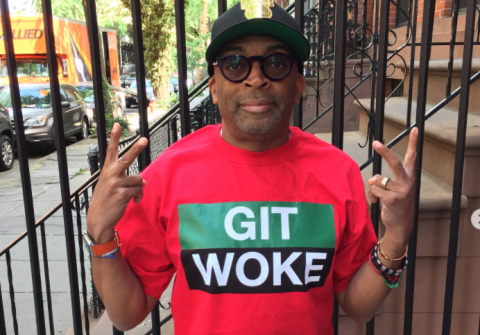 The song features during the end credits of Spike’s latest movie, BlacKkKlansman, and Spike has decided to create a video that features scenes and stills from the film.

It ends with a photo of Lee — who directed the singer’s ”Money Don’t Matter 2 Night” video in 1992 — and Prince sitting courtside at a basketball game in 1998.

Meanwhile, the legendary director previously revealed how Prince’s unreleased track came to feature in his movie.

“I knew that I needed an end-credits song. I’ve become very close with [Prince estate adviser] Troy Carter, one of the executives at Spotify,” he said. “So I invited Troy to a private screening. And he said, ‘Spike, I got the song.’ And that was ‘Mary Don’t You Weep,’ which had been recorded on a cassette in the mid-’80s.”

Lee, 61, believes the song is the perfect fit for his movie.