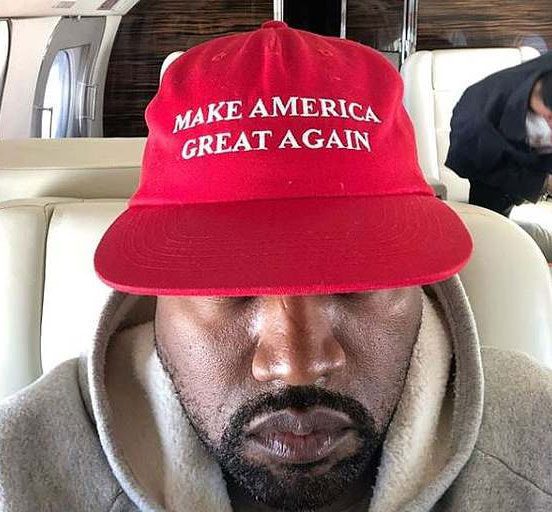 For well over a year, America has seen Kanye West, one of the brightest stars in hip-hop, burn with intensity — an intensity that has shown in his unwavering support of President Donald Trump and his racist policies.

Kanye’s rants grew stranger, including two weeks ago when he took to social media and posted: “We will provide jobs for all who are free from prisons as we abolish the 13th amendment.”

Kanye’s public and cyber rants grew so erratic and disturbing that he recently deleted his social media accounts. Apparently, this also caught the attention of another social media ranter, President Donald Trump.

It was announced by The New York Times that West will be going to the White House for lunch this Thursday, Oct. 11. First, Kanye is expected to have a sitdown with Trump’s son-in-law and advisor Jared Kushner and then have a private meeting with Trump to discuss manufacturing jobs in Chicago and job opportunities for former convicts.

This is not the first time that Kanye has been to the White House. He and wife Kim Kardashian West met with Kushner to help win clemency for Alice Marie Johnson in May 2018. Johnson served 21 years of a life sentence after a conviction on charges of attempted possession of cocaine, conspiracy to possess cocaine and money laundering,

There has been much dismay and criticism among West’s fans for his support of Trump and his racist and inhumane policies. Most recently, Trump suggested that the Chicago Police Department institute “stop and frisk” searches of citizens, a policy that resulted in lawsuits and a U.S. Justice Department investigation. The New York Police Department is credited by some with refining this form of policing in Black communities, filling jail cells and making profits for prisons.

It is well-known that West has been on prescription meds to treat his mental illness in the past. But when Kanye went into his now-infamous rant at the end the Sept. 29 broadcast of “Saturday Night Live,” saying that was him being his “real” self, it caused concern that he had stopped using his medicine.

In response to West’s rant, Ariana Grande’s fiance and “SNL” star Pete Davidson stated, “I know Kanye is saying, ‘This is the real me. I’m off the meds.’ Take them! There’s no shame in the medicine game. I’m on them. There’s nothing wrong with taking them. If I ever got on a plane and the pilot said, ‘I just want all you to know, this is the real me flying,’ I’d jump out. Being mentally ill is not an excuse to act like a jackass.”