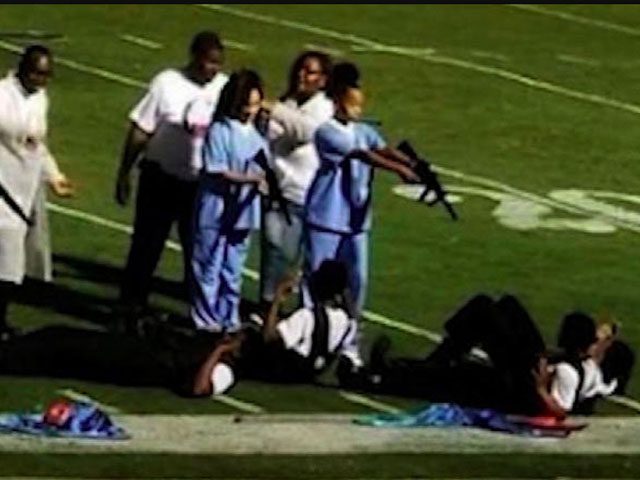 A viral video of a halftime performance by the Forest Hills High School Marching Band in Forest Hills, Mississippi, has sparked outrage. The halftime skit shows a group of students with toy guns seemingly shooting other students dressed as SWAT officers in a reenactment from the movie John Q starring Denzel Washington.

The skit was deeply disturbing to many in the community because six days earlier two officers were killed in a shoot out with a suspect. The video was uploaded to social media and even caught the attention of Mississippi Gov. Phil Bryant, who posted to his official Twitter page:

This is unacceptable in a civilized society. Someone should be held accountable. https://t.co/hq3hJnj4xA

On behalf of the Jackson Public School (JPS) District, I want to offer my deep and sincere apologies for the performance by the Forest Hill High School band during Friday’s football half-time show in Brookhaven. Based loosely on the movie, “John Q,” the band’s performance depicted a hostage scene that included toy guns.

JPS has a great deal of respect and appreciation for our law enforcement partners.  The band’s performance does not depict the values and people in our community, and was incredibly insensitive to the students, families, law enforcement officials and the entire Brookhaven community. For this we sincerely apologize to all, and we pledge to do better in the future.  We have taken some initial actions in response to this matter, and you have my commitment that we will investigate it fully and take additional appropriate action with respect to procedures and personnel.

The video of the skit can be seen below: