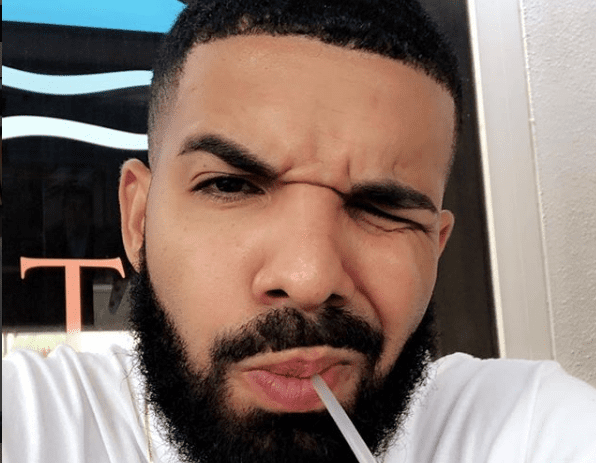 The mother of Drake‘s son has mocked Kanye West.

The “Famous” rapper launched an online tirade against the “Hotline Bling” hitmaker earlier this week, in which he accused his rival of threatening him and his family, but Drake’s only response was to share a string of laughing face emojis on his Instagram story.

And after Ariana Grande lightheartedly urged the “grown men” who were “arguing online” to stop while she and Miley Cyrus released some new music, Sophie Brussaux — who has son Adonis, 14 months, with the “God’s Plan” singer — couldn’t resist taking a swipe at Kanye.

She replied to a screenshot of the tweet: “I would hardly call Kanye arguing with himself ‘grown men.’ “

Brussaux’s comment came after Kanye’s wife, Kim Kardashian West — who has children North, 5, Saint, 3, and Chicago, 11 months, with the 41-year-old rapper — sprung to the defense of her husband.

She tweeted: “@drake Never threaten my husband or our family. He paved the way for there to be a Drake … My husband is the most brilliant person, the most genius person that I know. He has broken so many boundaries, everything from music, stage design, fashion and culture and will continue to change the world. (sic)”

The tirade was launched after the duo, who were once close friends, famously fell out after Kanye deliberately decided to release new music close to Drake’s release date and though it previously seemed they had smoothed things over, the “All Day” hitmaker hit out again this week.

He shared a screenshot of a text message he had received which stated the 32-year-old star had filed a “clearance request” for “Say What’s Real,” a song which featured on his 2009 mixtape So Far Gone, which was produced by Kanye.

The “Heartless” rapper then went on to accuse Drake of avoiding him while taking underhanded shots at him at the same time.

He wrote alongside the screenshot: “This proves s— faker than wrestling

Kanye then claimed he’d been trying to meet with the “God’s Plan” rapper for “six months,” but said Drake had ignored him while still speaking to his mother-in-law Kris Jenner, as well as Travis Scott, who is dating Kylie Jenner, the half-sister of Kanye’s wife.

In another tweet, he wrote: “Been trying to meet with you for 6 months bro       You sneak dissing on trav records and texting Kris talking bout how’s the family (sic)”

Just over an hour after his rant was posted, Kanye took to Twitter again to claim that Drake had now gotten in touch.