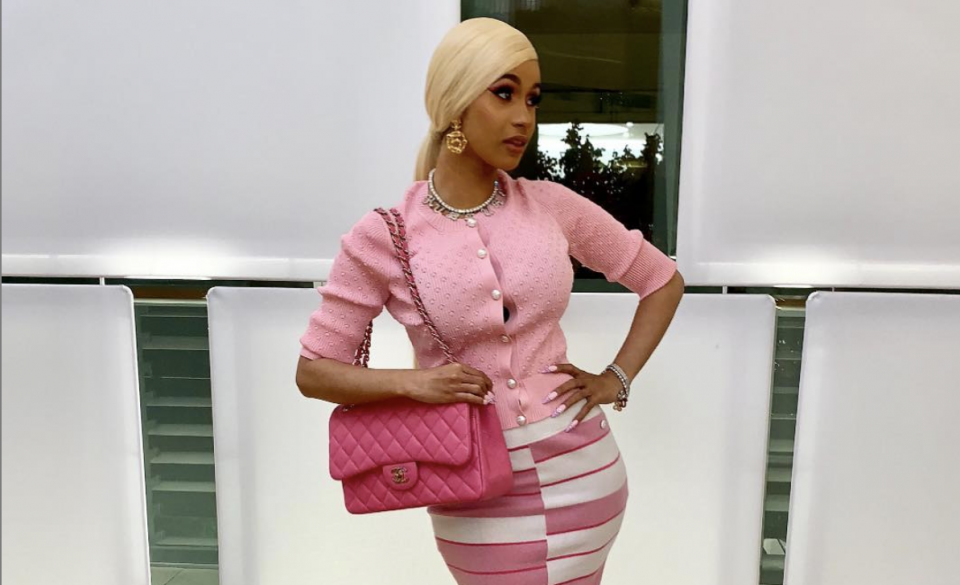 The chart-topping rap star Cardi B has launched a staunch defense of her provocative video — which also features hip-hop duo City Girls — after conservative commentator Stephanie Hamill claimed it undermined the #MeToo movement.

Stephanie initially wrote: “In the Era [sic] of #MeToo how exactly does this empower women?”

The controversial video features women twerking in bikinis while onboard boats and on beaches.

But Cardi says the video does not undermine the #MeToo movement, which is designed to tackle sexual abuse and harassment.

She tweeted: “It says to women that I can wear and not wear whatever I want … and that NO still means NO. So Stephanie chimes in … If I twerk and be half naked does that mean I deserve to get raped and molested? I want to know what a conservative woman like you thinks [thinking emoji]”

Cardi, 26, actually worked in a strip club prior to becoming one of the world’s most recognizable stars.

And the New York-born rapper recently admitted that stripping made her feel “pretty.”

During a visit to the Satin Dolls strip club in Manhattan, she shared: “A lot of the women here they taught me to be more powerful. I did gain, like, a passion and love performing. It made me feel pretty.”

Despite the stigma attached to stripping, Cardi doesn’t have any regrets about her former career.