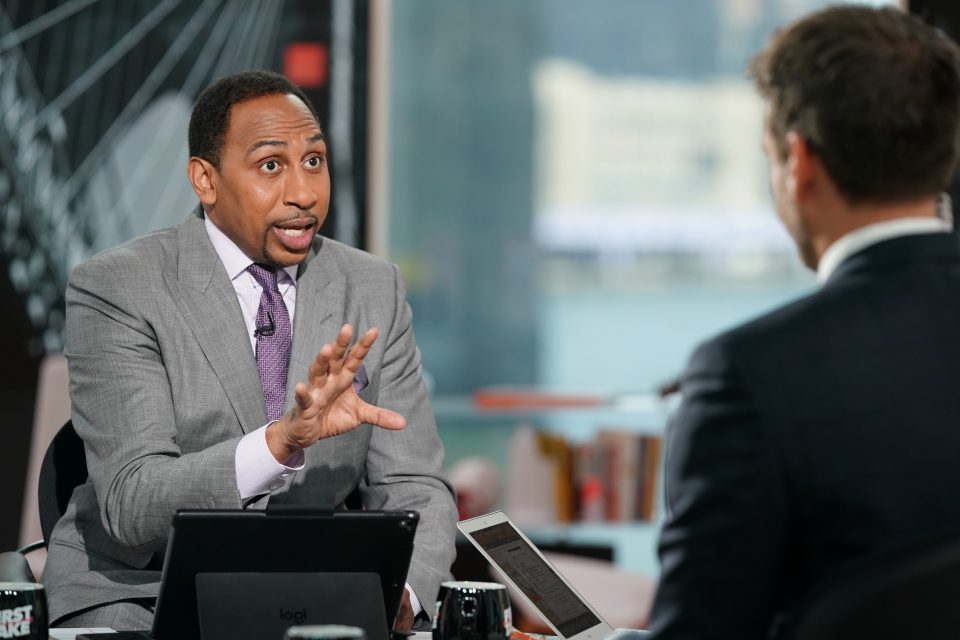 Steve A. Smith on the set of “First Take” at Seaport Studios in New York on Sept. 3, 2018. (Photo credit: Joe Faraoni/ESPN Images)

ESPN’s Stephen A. Smith, who attended the HBCU Winston-Salem State University, knows the difficulties that many Black college students face after graduation, because he experienced them.

During an exclusive interview with rolling out, the former college baller shared advice for HBCU graduates, as well as young journalists that want to be the next Stephen A. Smith.

“I’d remind them about hard work, about how nothing is given to you, about how there is a proverbial glass ceiling; how there are times when you are going to feel like you have to be twice as much to get half as much, or to be twice as good to get half as much. No matter what this world tells you about how much we’ve progressed, we have a long way to go,” said Smith, who was in Atlanta to cover the Super Bowl for ESPN.

Smith urges aspiring young journalists to not become fixated on how much money they can make, but to avail themselves of every opportunity that comes their way.

“There’s a lot of luck. There [are] a lot of blessings that have come my way. So I would tell them not to aspire to be the next Stephen A. Smith, but to be better,” he added. “Be even more focused, [and] if you can find a way, work even harder.”