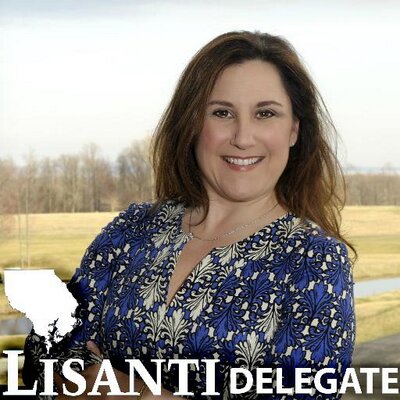 Prince George’s County, Maryland, which straddles the eastern edge of Washington, D.C., is renowned as arguably the wealthiest collection of Blacks in the nation. This seems to irk some White legislators and others of her ilk back at the Maryland statehouse.

Lisanti told a White colleague late last month at an Annapolis cigar bar that campaigning in PG County on behalf of another candidate amounted to door-knocking in a “n—– district,” according to The Washington Post.

Lisanti apologized for her “word choice several weeks ago.”

“I am sickened that a word that is not in my vocabulary came out of my mouth,” she said in a statement. “It does not represent my belief system, my life’s work or what is my heart.”

Lisanti also apologized to the Legislative Black Caucus of Maryland on Monday. The caucus said Lisanti fumbled out an “inadequate” apology.

“It is clear Delegate Lisanti is unsuited to continue in a position of leadership in the Maryland General Assembly,” the Black Caucus statement said. “The use of a derogatory term exhibits that she does not hold the requisite contrition to be entrusted in a leadership role moving forward.”

Lisanti offered another mea culpa to the entire House Democratic Caucus and had agreed to step down as chair of the unemployment insurance subcommittee on the House Economic Matters Committee after meeting with House Speaker Michael E. Busch (D-Anne Arundel).

Busch said in a statement obtained by The Post, that Lisanti must “face the consequences of her behavior.”

The Legislative Black Caucus of Maryland also called on Lisanti to undergo racial sensitivity training, which she said she would attend.

“I understand that the use of inappropriate and insensitive language is not acceptable under any circumstance,” she wrote in her statement. “I am sorry for the hurt I have caused and will do everything I can to help heal that pain and regain the trust of my colleagues and constituents. I pray for forgiveness.”

The Post questioned Lisanti earlier this month about whether she used the slur, but she claimed she couldn’t “recall much of that evening.”

However, when Lisanti was asked by The Post if she’s ever used the word, Lisanti said she was “sure” she had.

“I’m sure everyone has used it,” she told The Post. “I’ve used the f-word. I used the Lord’s name in vain.”

Del. Darryl Barnes (D-Prince George’s), who chairs the Black Caucus, flicked away Lisanti’s pedestrian apology as insincere. “Racism is just as prevalent today as it was in 1950 ― it’s just a sugarcoated form,” Barnes told the Huffington Post.

“This is not a one-time incident. This is a behavioral pattern ― those are her words,” he added.