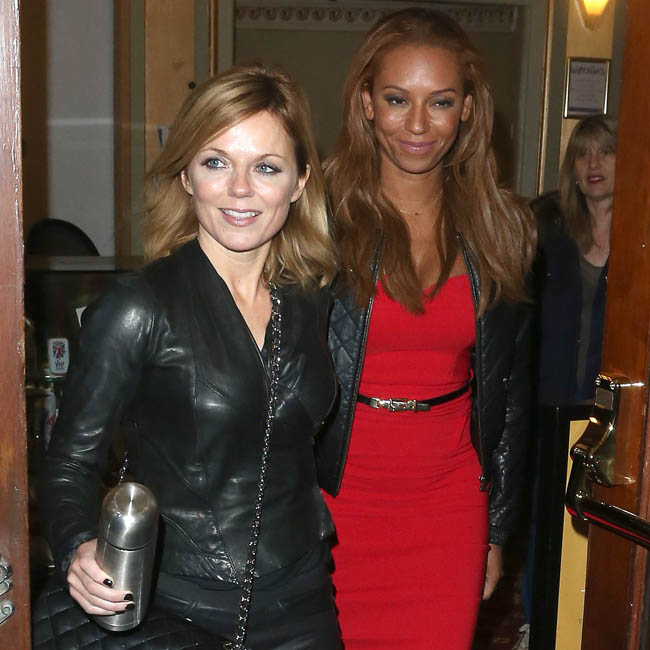 Mel B insists her night of passion with a fellow Spice Girls bandmate was no “big deal.”

The “America’s Got Talent” judge revealed in an upcoming interview on UK TV show “Piers Morgan’s Life Stories” that she and her friend Geri Halliwell — who is now married to Christian Horner — had a “one time” sexual encounter in the ’90s in the Spice Girls heyday.

Mel B, 43, is now claiming that she didn’t actually break the confidence of her bandmate because she didn’t spill the juicy details of their romp.

Speaking on Australian radio station 2Day FM 104.1, she said: “I didn’t actually really admit anything. I just said we had a ‘thing.’ It wasn’t a big deal. It was one of those things that happened one night. I didn’t go into detail about it at all. It’s the press that has taken it onto a whole other level. I just say it was like a little thing and we giggled about it the next day.”

And the “Viva Forever” songstress — who has daughter Phoenix, 20, with ex-boyfriend Jimmy Gulzar, daughter Angel, 11 with former partner Eddie Murphy, and 7-year-old girl Madison with ex-husband Stephen Belafonte — admitted that she called Halliwell, 46, on the phone after she made her shock confession, explaining that it was “all tongue and cheek”.

She added: “I was on the phone with Geri. I texted her and said I admitted on Piers that we had a little thing so don’t worry about it, it was all tongue-in-cheek, and I didn’t go into detail, and it was pre your husband and pre your babies and mine. We had a long conversation. She texted me the night of, and then we spoke at length.”

During her interview on the much-anticipated summer episode of “Piers Morgan’s Life Stories,” the “Wannabe” hitmaker said: “We were best friends. It just happened. It wasn’t a thing. It just happened. We just giggled at it,  and that was it. It just happens one time and then you talk about it and it does not really happen again. It was just that one time.”