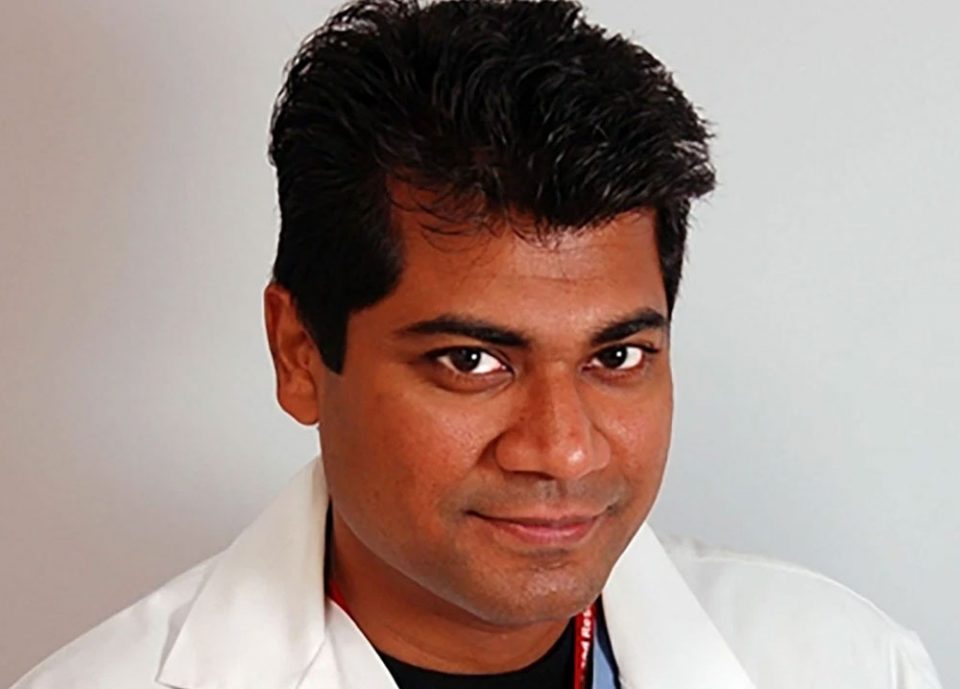 An illicit affair with a wealthy and connected physician has resulted in the alleged kidnapping, torture and forced abortion of his Black mistress. Dr. Vignendra Ariyarajah, a Harvard-trained cardiologist from Malaysia, faces charges in Brooklyn, New York, that he masterminded the brutal torture of his mistress Paul Marie Raymond. Ariyarajah was allegedly angered that Raymond had broken up with him, and was pregnant by another man.

According to the New York Post, Ariyarajah hired two people to trap a seven and half months pregnant Raymond at a home in the Ditmas Park area of Brooklyn. She was denied adequate food and was only given liquids through a syringe, allegedly at the instruction of Ariyarajah, who was on vacation with his family in Montana. Investigators claim that Ariyarajah was in communication with the abductors and also had them administer the opioid fentanyl and PCP (angel dust) over a four day period.

At one point Raymond was able to escape her captors and fled the residence only to be quickly recaptured. Her abductors grew concerned when it seemed her condition was worsening and they called 911 for an EMS unit. Ariyarajah, allegedly told them to cancel the request, but the EMS team responded to find that Raymond had given premature birth to a male infant with the umbilical cord still attached on a bed.

A report states that Raymond had numerous injuries including chemical burns to her face and multiple fingernails torn off. The infant was delivered on Christmas Eve 2016 and died a short time later from a massive infection. Both Raymond and the infant tested positive for fentanyl and PCP.

One of the alleged kidnappers is now cooperating with law enforcement and Ariyarajah was finally arrested for his role in the abduction in February 2019. He has been free on $750,000 bail since this time and will appear in court this week on charges of criminally negligent homicide, manslaughter and assault. Ariyarajah has denied any romantic relationship with Raymond, according to his lawyer, who called the grand jury indictment rushed.