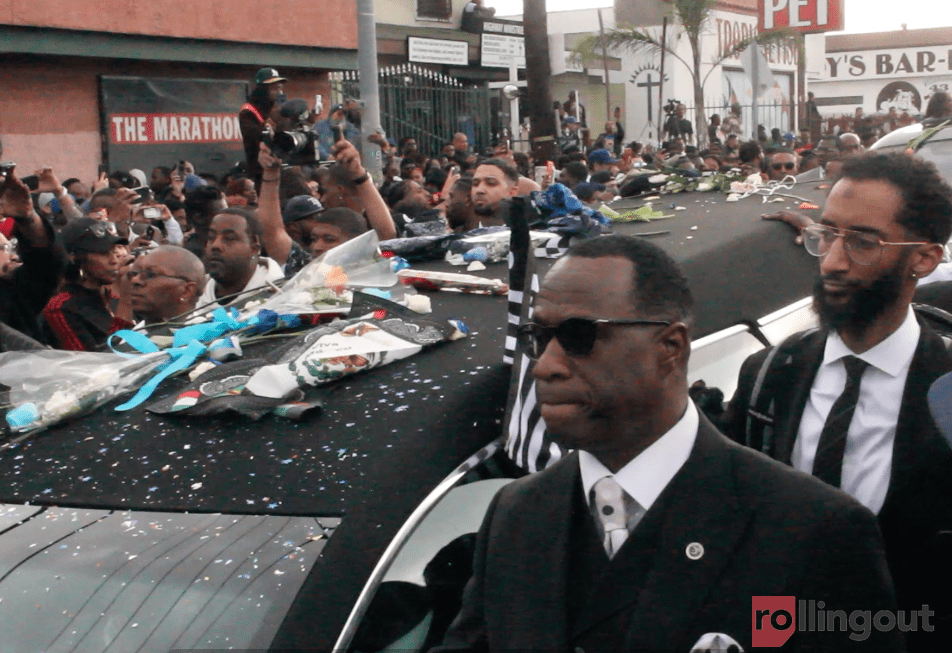 Hours after a capacity crowd witnessed the homegoing service of Nipsey Hussle, the city of Los Angeles stood still for its fallen son.

For 25 miles, Nipsey’s procession made its way through multiple communities and thousands lined the streets to pay homage one last time.

The Marathon store, located on Crenshaw and Slauson, often served as ground zero for Nipsey’s memorial in the days following his untimely death. It’s the location where Nipsey was killed by a gunman and also a place that he owned with his brother and a business partner only a few blocks away from his childhood home. 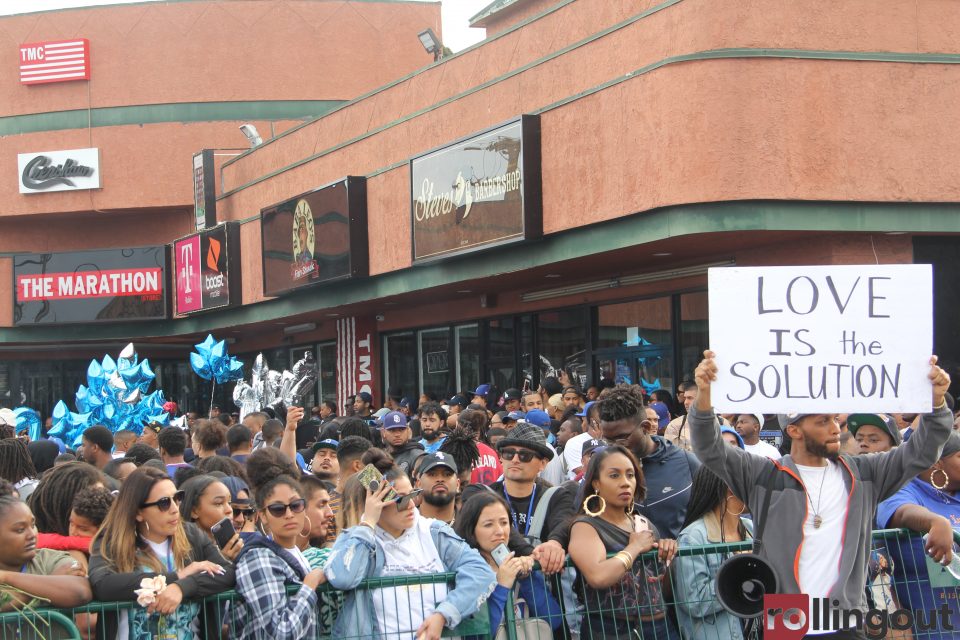 Rosyln Owens, a woman in her early 60s who has lived in the Crenshaw community for more than 20 years, said that Nipsey was able to bring people together like she has never seen before. “I’ve been around this area for a while now, and I haven’t seen this many people come together for a specific cause or reason,” Owens said. “It takes a special person to bring people out like this.”

Slauson Avenue became so congested that some stood on the roofs of buildings in order to get a decent view of the procession. For Los Angeles native Daniel Norwood, 31, the entire day was surreal.

“I went down to the Staples Center around 8 a.m. this morning, and I saw Kendrick Lamar, Jay Rock and Top Dawg hop out of a Sprinter van before going inside,” Norwood said, smiling while mentioning the rappers and owner of Top Dawg Entertainment. “And after the service, I rushed down here to the Marathon [store] and saw a bunch of people who I grew up with who I hadn’t seen in years. It’s like a big family reunion out here.” 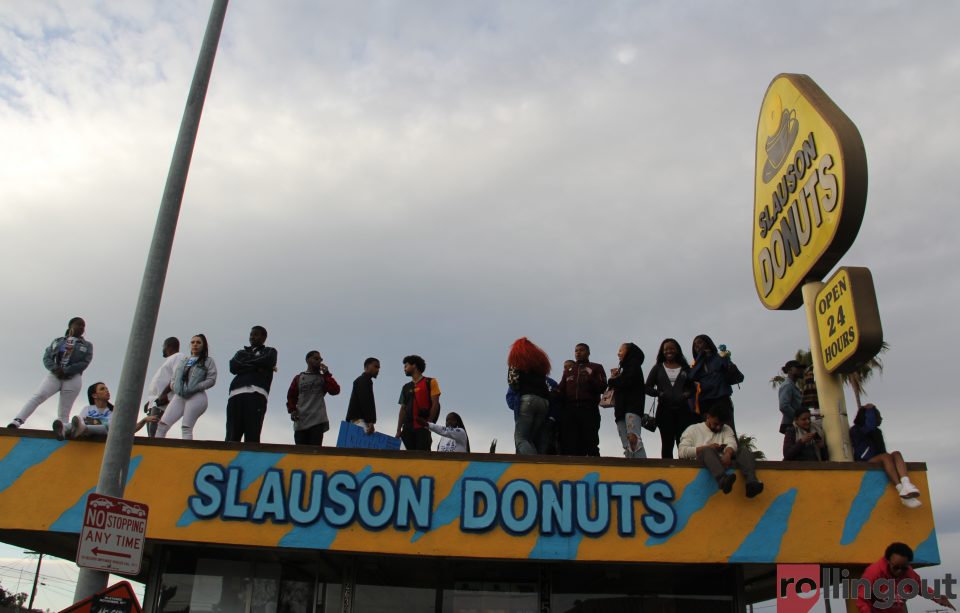 The camaraderie could be felt as Nipsey’s music blasted from speakers, inspiring the young and old to dance to the late rapper’s music.

Shortly after 6 p.m., Nipsey’s procession made its way to the Marathon store. Flanked by members of the Nation of Islam and Samiel Asghedom (Nipsey’s older brother), the hearse that carried Nipsey’s body had flowers, an Eritrean flag, and a blue bandana on its roof. 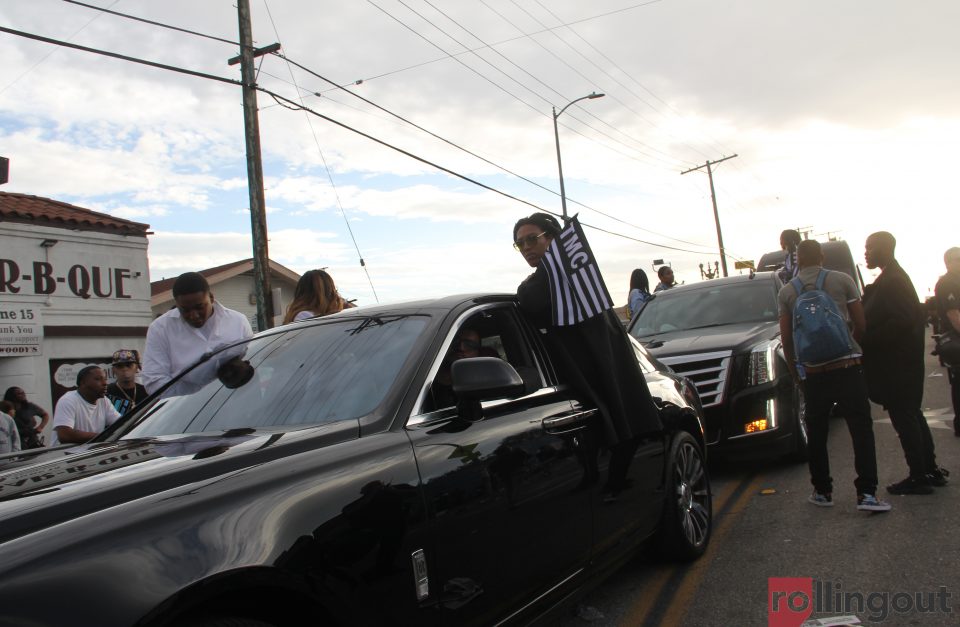 Fans chanted “Nipsey, Nipsey” as his hearse made its way past The Marathon store. It was the victory lap for a man who became a well-known figure through music, but who inspired many more through his work in the community as a business owner and advocate for teaching inner-city students the importance of science, technology, engineering and mathematics.

Although some only knew of his work after his untimely death, millions are now inspired to continue Nipsey’s legacy.