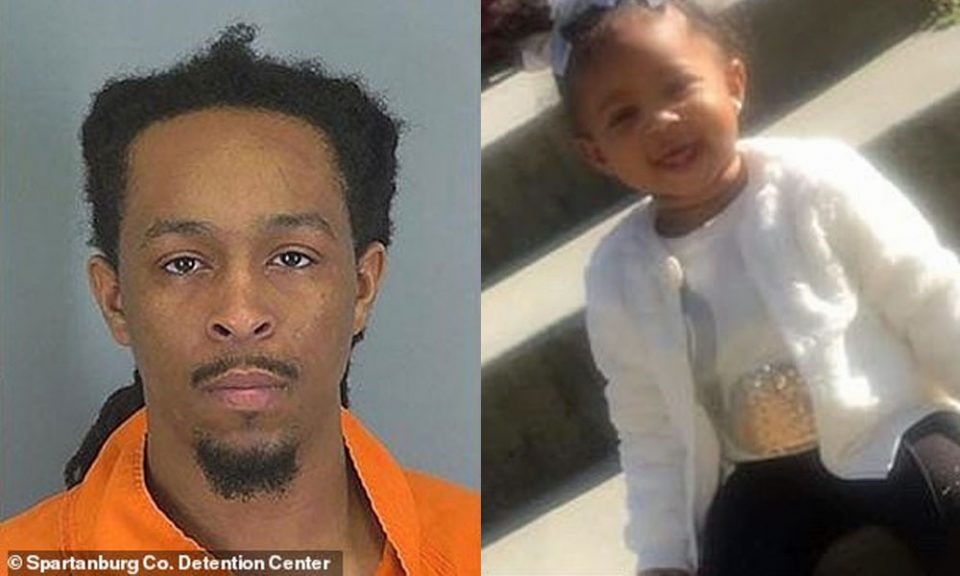 A South Carolina father is in jail after a police chase and gruesome discovery in his vehicle. According to the South Carolina State Highway Patrol, Imhotep Osiris Norman, 26, fled police after a traffic stop and abandoned his burning car as he fled on foot. After police captured Norman, they discovered the body of Xena Rah’Lah Norman, 1, in the back seat of the car.

The incident occurred on Friday, April 12, 2019. During the chase, police noticed that the car was smoking and throwing sparks, according to police spokesperson Captain Kelley Hughes. At one point during the chase, Norman threw a bag out of his window, which was recovered and tested positive for illegal drugs.

The car chase ended when Norman’s car rolled into a ditch and he fled on foot. Police stated that when the car stopped it was completely engulfed in flames. Norman was captured a short time later and police alerted the fire department. When the car was extinguished the body of Xena was discovered.

Norman appeared in court on Saturday, April 13, 2019, for a bond hearing, which was ultimately denied. He is being charged with homicide by child abuse.

The mother of Xena has started a GoFundMe campaign to help with funeral costs simply titled “Xena Norman.”

She posted the following description of the campaign: “I am going through a rough time, I have lost the love of my life MY BABY, MY HEART, MY FIRST CHILD AND ONLY. This situation I am facing has affected my ENTIRE LIFE! Y’all I need prayers and answers? How could God take such a beautiful loving child and take my baby XENA from me? But I’m not going to question the man above. But I’m asking for a donation for the cost of burial and the funeral. Anything is appreciated. Thank you!”