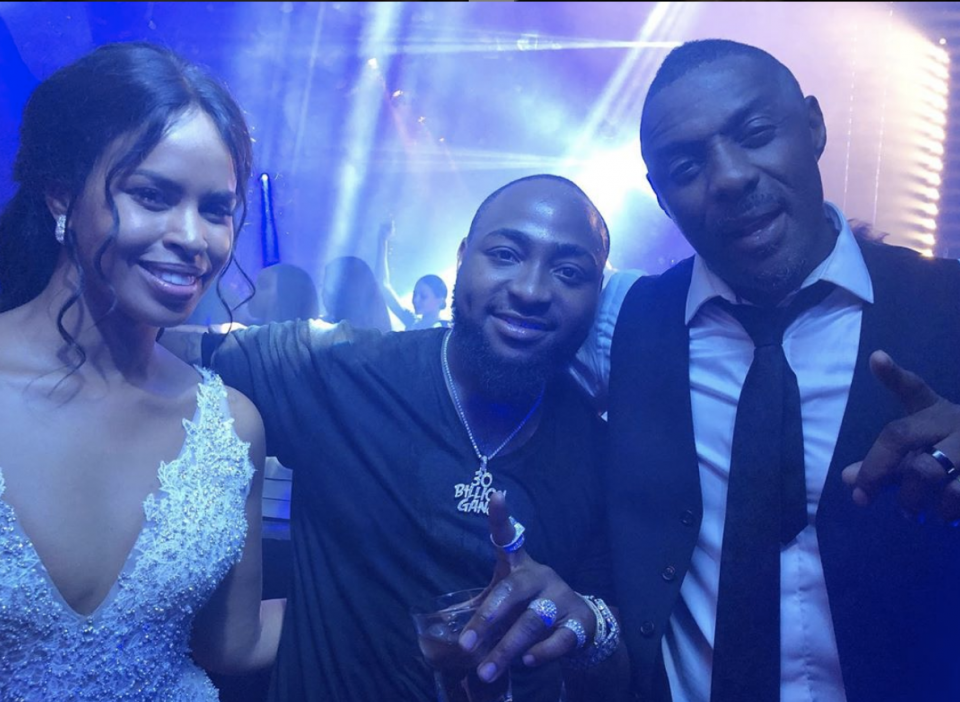 Idris Elba surprised guests with a live performance during his three-day wedding celebrations.

The 46-year-old actor and DJ — who tied the knot with Sabrina Dhowre over the weekend — took to the mic at his own star-studded ceremony which also featured an appearance from Afro Beats star Davido.

Efe One is a music artist who shared a look into the secret wedding. He posted a video of Christian Louboutin dancing with the “If” hitmaker. You can see them both show off the red bottoms of the classic shoe as they dance.

Press play ▶️ Sum up 👑 @idriselba 🇬🇭 🇸🇱 @sabrinadhowre wedding .. #africatotheworld🌍🌏🌎 beautiful, blessed, joy for them 🙏🏿🖤🖤🙏🏿 bride and groom grooving …. his video has @louboutinworld creator #redbottoms like, “am going to show Afro Pop king 🤴@davidoofficial how to move in them shoes “. It’s a classic one …. OBO unifier . Dance : red bottom dance by OBO and Louboutin Song : “the money”Davido and @baddosneh produced @kiddominant

The nuptials are set to be featured in the upcoming July issue of British Vogue.

Dhowre later changed into a V-neck style embroidered dress with pearls and gemstones for the wedding celebrations at the Ksar Char Bagh hotel in Marrakesh.