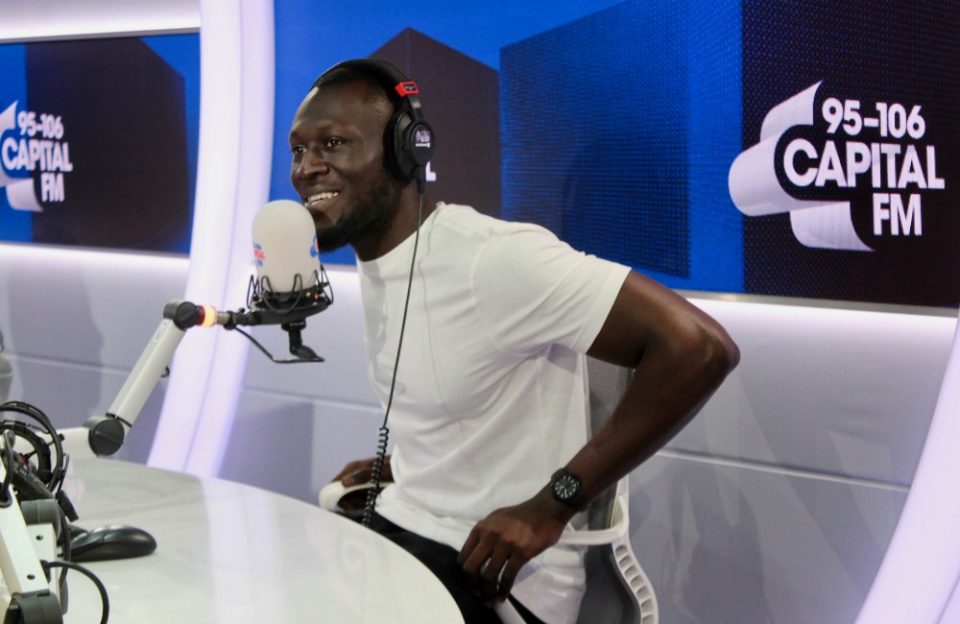 Stormzy has been working on new music for his fans.

He has now revealed the single is the first step to releasing his second studio album — after 2017’s Gang Signs & Prayer — which he has been developing over the last two years.

Speaking to Roman Kemp, Vick Hope, and Sonny Jay on the “Capital Breakfast” show on Friday, he said: “Oh most definitely! There’s always an album coming with me at some point!”

And Stormzy insists he’s been taking the time to make sure he’s the “best version” of himself, so he can record new music with “no filler songs,” as he wants every track to have “purpose and conviction” within his record.

He added: “I’ve been working. I’ve used these two years to really be the best version of myself musically in every aspect. The best way to describe my album is that I don’t want no filler songs, but I’m going to go an even further step and say I don’t want a filler lyric. I don’t want me to be saying anything that’s wasted, anything that’s just there because it rhymes. Literally, every single thing is with purpose and with conviction and with expertise.”

The new music will no doubt be a hit among his fans, but the “Big For Your Boots” hitmaker is planning on playing the tracks to musical pal Ed Sheeran and says he’ll “faint” if the chart-topping musician doesn’t like them.

He said: “Ed’s like my brother but he’s also — him being where he is in his career, he’s always someone I’m looking to for inspiration, do you know what I mean? So I always hit him up. Even towards the end of my album process, I hit him up and let him know where I was with it. I’m gonna go see him in a couple of weeks actually. I’m gonna play him it.