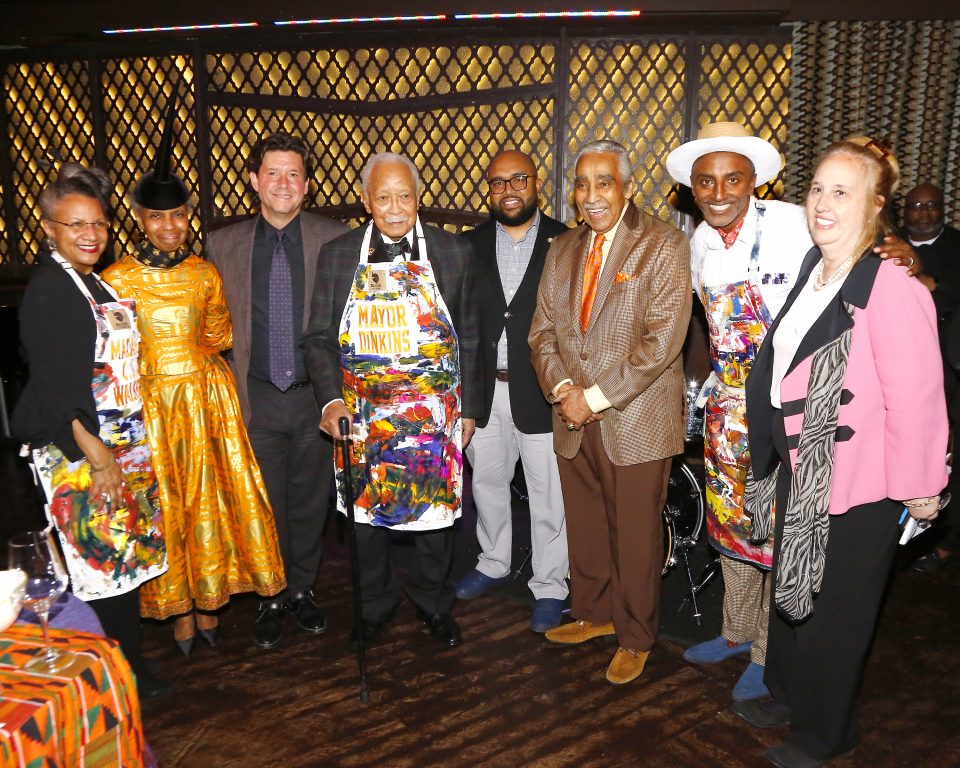 Chef Marcus Samuelsson is one of the best-known chefs in the world. He was guest chef at the first state dinner of the Barack Obama presidency, and his Harlem hotspot, Red Rooster, which opened in late 2010, has hosted former presidents (both Obama and Bill Clinton have dined there) and our favorite billionaire (Oprah Winfrey).

Rolling out sat down with Samuelsson to discuss his Harlem EatUp! festival, continuing through Sunday, and Harlem’s impact on Red Rooster and Samuelsson himself.

“Harlem has given [Red Rooster] so much,” Samuelsson said when asked about the evolution of the restaurant. “I needed Harlem. I lived in Midtown anonymously. I needed a community. My mom was the one who told me, ‘You’re searching for your community. Your place is in the city.’ … I came [to New York] as an immigrant. I came as a young Black man, and I was searching for something, and Harlem gave me all of that.”

It was fitting that at the Harlem EatUp! Luminary Award Dinner the man who inspired Samuelsson to move to New York, former Mayor David Dinkins, was honored.

HarlemEatUp! began as a one-day festival in May 2015 and has evolved into a weeklong charity vehicle that concludes this weekend with “The Ultimate Grand Tasting at The Harlem Stroll” at Morningside Park.

Samuelsson discussed the evolution and spirit of the Harlem-grown festival. “We’re five years old, and we wouldn’t be here without the village and the community of Harlem,” he said. “We have people like Carlos [Swepson from BLVD Bistro NY], Melba [Wilson from Melba’s], Skai [Young from Lolo’s Seafood Shack] and everybody that is in the community and of the community really owning Harlem EatUp! We got rained out last year, but we were still there. Eight thousand people still showed up!”

Famous chefs, celebrities and amazing food aren’t what excites Samuelsson most about Harlem EatUp!, but rather the charitable aspect, which donates food to Citymeals on Wheels for those in need.  “When you knock on the door and you know there’s another person inside needing and excited about dinner, you’re going to deliver,” he said.

Samuelsson loves Harlem, and from the reception he gets while walking in the iconic neighborhood, the feeling is mutual.

“I’m excited about my son (2-year-old Zion Mandela Samuelsson) being able to grow up within this culture,” he said. “I know he’s going to have a lot of aunties and uncles when he walks.”