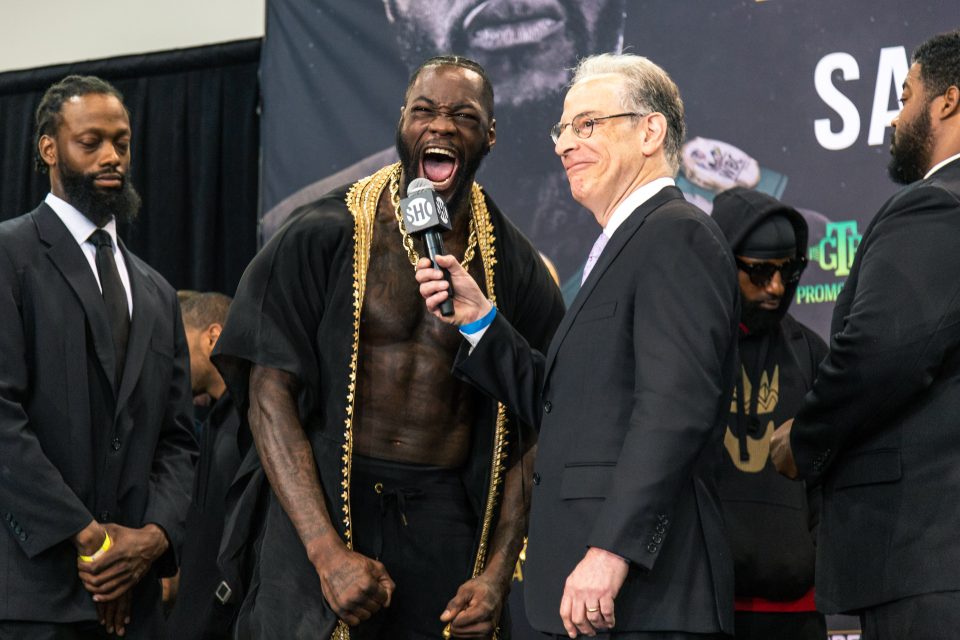 The self-proclaimed “realest champion in the business,” World Boxing Council heavyweight champ Deontay Wilder has claimed that he wants to “kill” his opponent, Dominic Breazeale, in their televised WBC title fight Saturday night, May 18, 2019.

“This is the only sport where you can kill a man and get paid for it at the same time,” Wilder said. “It’s legal, so why not use my right to do so?”

Sure, Mike Tyson talked about eating children but never about killing someone in the ring, and it gets no more real than that.

Wilder, who takes on one-loss heavyweight contender Breazeale, told rolling out he would be “surprised if it goes more than three rounds,” adding that “Breazeale is going to get knocked out in dramatic fashion on Saturday.”

An incident involving family members of both fighters in Alabama, where Wilder is from, reportedly has led to the hostility between the two 6-foot-7-inch fighters.

“I want to hurt Breazeale so bad,” Wilder said. “Breazeale asked for this. I didn’t seek him out. He came for me. This isn’t a gentleman’s sport. We have bad blood, and it’ll be in the ring Saturday night.”

Wilder weighed in at 223¼ pounds, while Breazeale tipped the scales at 255¼ pounds.

“This is more than just a boxing match.,” Wilder said. “I’m passionate about what I do. This has been a long time coming for me and Dominic. He asked for this, and he shall receive.”

So is Wilder simply trying to sell the fight, or is he really trying to catch a body in the ring? I guess we will all find out.

Rolling out will be ringside for all the action as Wilder takes on Breazeale at Barclays Center in Brooklyn, New York, and at 9 p.m. EST on Showtime Championship Boxing.

Hit the next page to see the video and hear the trash talk from the tension-filled final press conference.