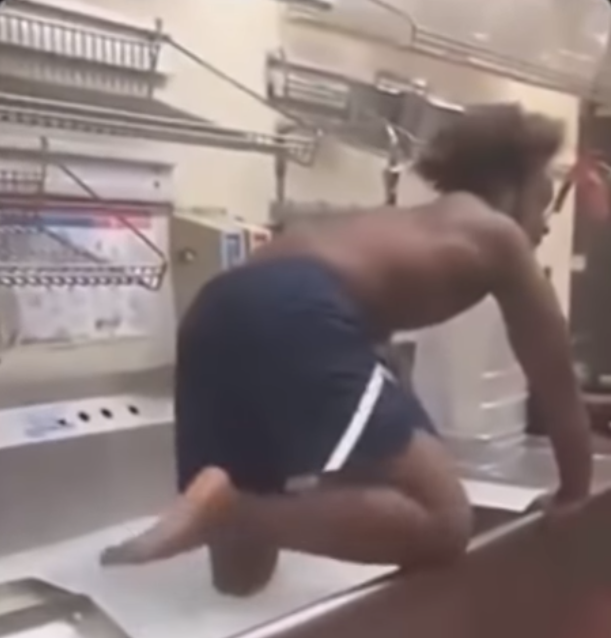 A Wendy’s employee in Florida is clean but is out of a job after he took a bath inside the workplace sink while his co-workers filmed it and egged him on.

The episode caught the attention of Wendy’s executives when a Facebook user shared the video of the episode in Milton, Florida, about a 2-1/2-hour drive west of the state capital of Tallahassee in the panhandle.

The outlandish video has now been viewed more than three-quarters of a million times. It was posted by Haley Leach, who said she knew one of the featured employees from high school and another who was one of the three people filming the young man taking a bath.

“The actions in the video were appalling and I felt like the public had the right to know,” Leach told the Northwest Florida Daily News.

Wendy’s was, of course, quick in responding to the incident. The burger chain released a statement:

“We are taking this incident seriously and it is obviously totally unacceptable,” the statement read. “This was a prank by a person who no longer works at this restaurant, and who clearly did not use good judgment. We are taking this opportunity to reinforce our very strict quality procedures with our restaurant team.”

Wendy’s said an investigation is currently ongoing. But the company took pains to ensure the public that the unidentified man is no longer employed by the fast food giant.