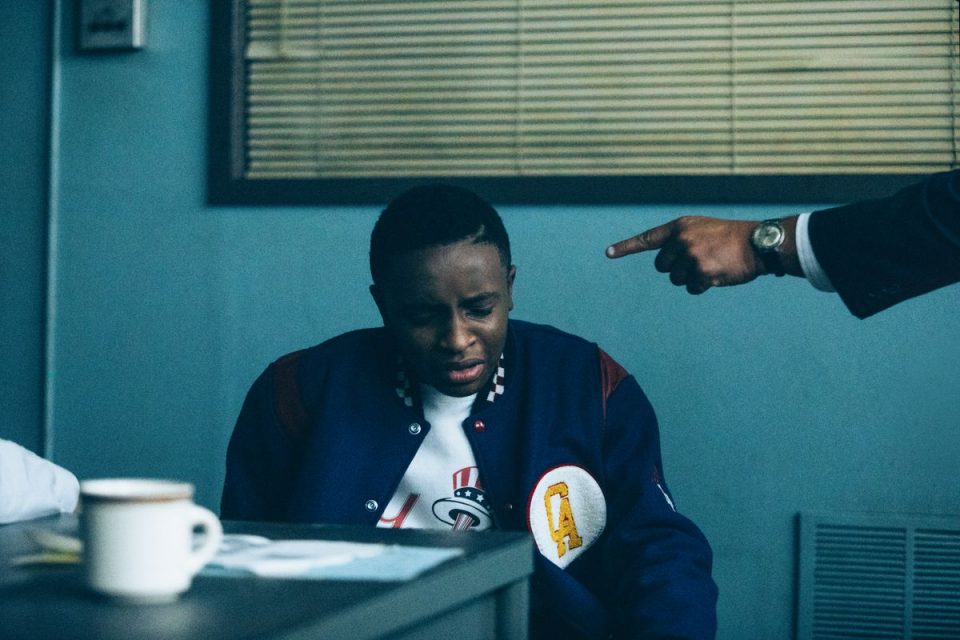 A scene from When They See Us (Photo credit: Atsushi Nishijima via Netflix)

When They See Us should not be classified as a crime drama. Ava DuVernay’s Netflix four-part mini-series stands as a real-life horror story for Blacks in America.

The film centers around the brutal rape of a White woman that occurred on April 19, 1989, in New York’s Central Park. In dire need to solve the crime, several detectives and an overzealous prosecutor, Linda Fairstein, coerced a group of Black and Latino kids into confessing to the crime.

Antron McCray, Kevin Richardson, Yusef Salaam, Raymond Santana and Korey Wise, known as the Central Park Five, were kids who were abused and caught in a racially charged system that has worked against Blacks since slavery.

The Central Park Five’s story is similar to the numerous lynchings that took place in the post-Civil War South. Their tribulations serve as a reminder of the kidnapping and brutal murder of Emmett Till who was killed for allegedly whistling at a White woman. The men who killed Till were acquitted of his murder and the woman involved would later admit that he never whistled at her.

And years after the Central Park Five were convicted, others have been forced to endure similar pain and death. People like Oscar Grant, Sandra Bland, Eric Garner, Philando Castile, Terence Crutcher and a multitude of others have paid a penalty for being Black in America.

Unfortunately, more people of color will endure similar fates. And that’s why When They See Us is a horror film. Because at any given moment, a Black or Brown person could lose their life or livelihood for simply being the wrong color at the wrong place and time.

Racism fuels sociopathic villains who seek to destroy minorities. Their damage often goes unchecked as they rarely face repercussions for their violence and neglect of human lives. Instead, the victims or their families are pacified with settlements that can never erase the horror, trauma and pain. However, the villains are often left to roam freely in a nation that encourages violence being inflicted on Black and Brown bodies.

In 2002, the Central Park Five were all exonerated. Each member received a settlement, but there was no punishment for the police officers who beat and forced the kids to confess. Fairstein was never charged with violating the Brady doctrine for her failure to disclose key evidence in a wrongful conviction.

“It is up to us to move forward with a plan of action,” Santana told an audience of about 40 people after a recent screening of When They See Us at The Gathering Spot in Atlanta. “When we got our freedom and found our voices, we started talking to the kids. We tell them that you have to always be three moves ahead. We want to prevent them from having to deal with the same experiences.”

Salaam, who was also in attendance, echoed Santana’s sentiment.

“What I love about this film is that young people will be able to see themselves through the depiction of the Central Park Five,” Salaam said. “This will allow us to share our story and knowledge with them.”