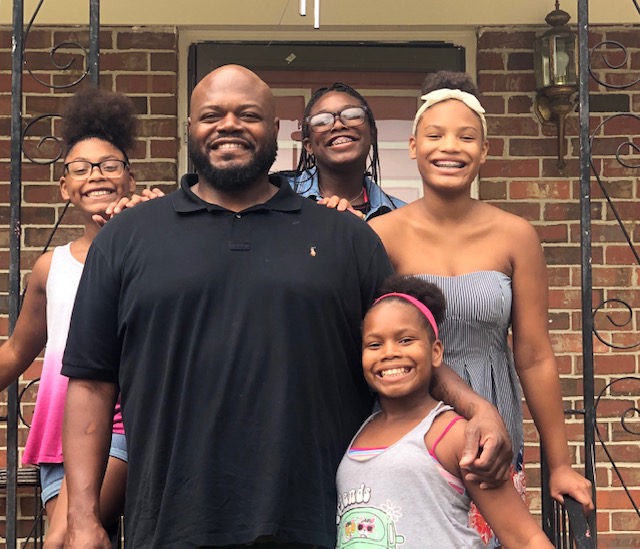 George Foster Jr. has spent a lifetime on the gridiron. From his high school days at Southeast High School in Macon, Georgia, to his college days at The University of Georgia, football has been a part of his life.

After graduating from UGA, he was drafted by the Denver Broncos and later played for the Detroit Lions, with short stints in Cleveland, New Orleans, Indianapolis, and the Omaha Nighthawks of the UFL. Upon hanging up his cleats, he became a scout for the St. Louis Rams.

Foster is the father of four biological daughters and also a father-figure to an adult son and daughter. Foster exemplifies what a father figure should look like.

The legacy I want to leave is my kids have learned the importance of just being a good person. Respect others, and treat others with kindness. I firmly believe that you can go so far in life because of it. And of course, all of that would be learned from me being an example.
How important is keeping your word?
Your word is your bond. Never make promises that you don’t know if you can keep. It is ok to say “I can’t.”
Finish the sentence: Never give up on yourself because…
Your breakthrough could be right around the corner. Believe in yourself, and do the work.
What insightful advice would you suggest about building a network?
I would say, build genuine relationships first. Let those relationships be with good, respectable people from all walks of life, and let that be your network. Branch out as you go, but definitely build a solid foundation of good people.
How does following your spiritual values help you in life?
We are all human and life get[s] hard sometimes. Believing and trusting in a power higher [other] than yourself can help lift that burden of thinking you have to fix everything, or that you have to know all the answers.
How would you describe your Fatherhood culture?
I like to lead with love, and then listen as much as possible. I try not to be hypocritical when parenting. I want them to learn from me [by] watching and also from what I tell them, based on my experiences.
@Georgefoster72