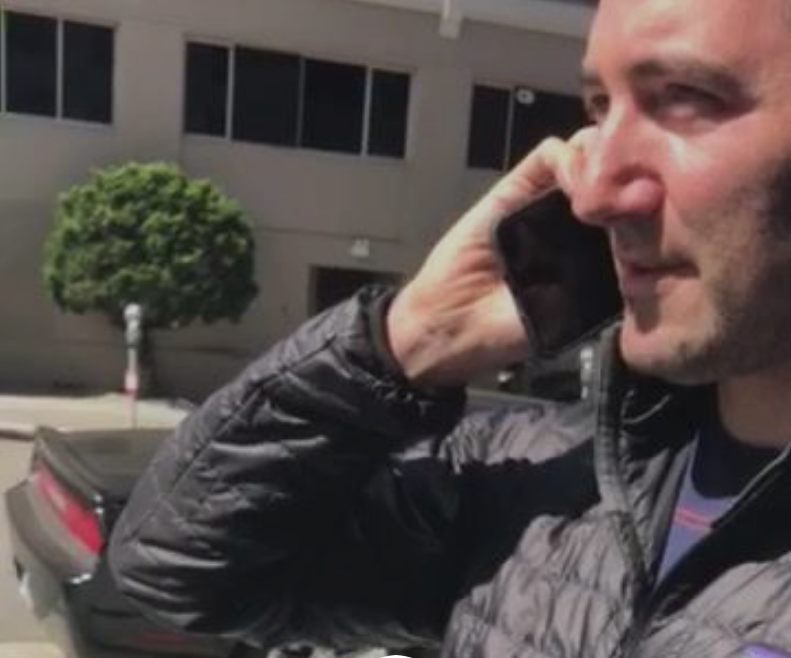 A young White boy cried and repeatedly yanked on his father in a futile plea to convince him not to call the police on a Black man who was entering an apartment building they were leaving.

The Black man, 35-year-old software engineer Wesly Michel, recorded the White father as he asked Michel what he was doing going into the building in San Francisco during the Fourth of July weekend.

During the video, which has been viewed on Facebook over 1.2 million times, according to CNN, the boy seemed to discern the sociopolitical implications better than his father when he first asked his dad not to call the police.

The White man, identified by Essence magazine as YouTube executive Christopher Cukor, told Michel to call up and have the resident come down and get him.

“They don’t have to do that. You can just walk away,” Michel told Cukor, who then reached into his pocket to retrieve his cellphone and called police.

When Cukor ignored his son’s plea to leave, the boy began crying and tugging on his father, saying, “Let’s go!”

Michel warned Cukor that he will be the “next person on TV.”

Toward the end of the recording, the apartment resident Michel had been waiting for appeared from outside the apartment. The little boy yelled at his father, “I told you!”

Michel said he was determined to have visual evidence in case the police were dispatched to his location.

“Unfortunately this incident mirrors the experience that African Americans endure daily where we are questioned on whether we belong,” Michel told CNN in a statement. “I videotaped this incident to protect myself and to support my story should police get involved.”

Check out the video of the incident on Michel’s Facebook page below: